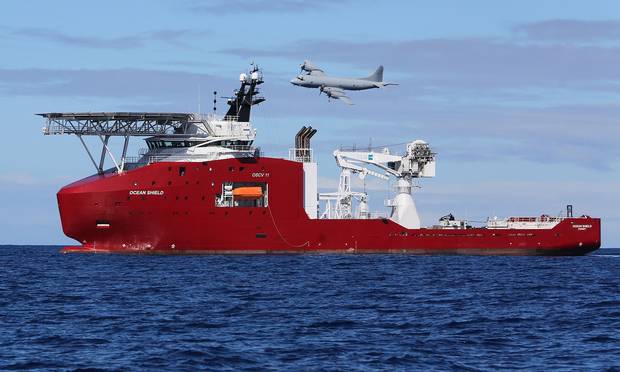 “It’s possible that the descent wasn’t in quite such a tight circle as we are assessing,”

This could mean that the Boeing 777-200 aircraft could have travelled a distance of as far as 50 nautical miles from the seventh arc. The seventh arc is a line that was traced over the ocean where communications from satellites suggest the fuel of the plan ran out.

An additional 40,000 square kilometers has been analyzed over the past three weeks by sonars on ships, adding around 25 percent to the area of search that was previously declared on October 26. This suggests that a degree of uncertainty is still present in the search for the aircraft from Malaysia Airlines which vanished on March 8 with a number of 239 people on board.

Dolan said that there’s a chance that the airplane could have gone a little bit further in the couple of minutes between the stalling of the engines and the moment the airplane hit the surface of the sea. These kinds of airplanes move at hundreds of kilometers an hour, which means that a couple of minutes can mean quite a considerable difference.

The search for the aircraft which disappeared on the way to Beijing from Kuala Lumpur remains the longest one in modern aviation history.

The most recent bathymetric scans have broadened the search area to extend 50 nautical miles rather than 30 from the seventh arc. Dolan said the area was also extended to the furthest south where the aircraft could have crashed.

The scan, which as of now covered 200,000 square kilometers, is the first step in a two part search process. It’s created to offer an accurate portrayal of the bottom of the ocean for side-scan sonars engaging in the second part of the search process.