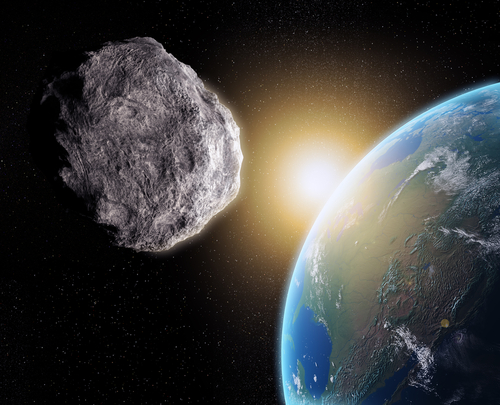 Vladimir Lipunov, a Russian scientist at Moscow State University, discovered a massive asteroid that passes near Earth once every three years. The asteroid, named 2014 UR116, has a diameter of 370 meters but it is not a threat to our planet for now. Although professor Lipunov advises experts to keep an eye of the giant space rock that visits our orbit.

In 2013 a meteor that was estimated to be the size of a bus, crashed near the city of Chelyabinsk in Russia causing the destruction of several buildings and injured approximately 1.400 people.

Professor Vladimir Lipunov said that if 2014 UR116 would crash into our planet, the results would be one thousand times greater than the meteorite that crashed in Russia. He also said that it is difficult to predict the trajectory of this asteroid because its constantly influenced by the gravitational pull of other planets such as Venus or Mercury. Also experts believe that the same gravitational pulls could also direct the asteroid towards Earth.

Officials at NASA said that the asteroid presents no threat at this moment after conducting several studies in this matter. They predicted based on computer models and careful observation of its trajectory that it would be on a crash course to Earth in about 150 years. Scientists from all over the planet have made an effort to warn experts that big space rocks such as 2014 UR116 could destroy human kind if action will not be taken in regard of these asteroids.

According to NASA and Harvard, the closest 2014 UR116 will get to earth will be in 2047. In April, the asteroid will be at approximately 2.7 million miles away, thus the object will not considered as a threat until new information about its trajectory will be revealed. Experts at NASA are also monitoring objects in space that orbit our planet and are big enough to be considered threats. Out of 100.000 near-Earth objects only 11.000 have been identified so far and labeled as dangerous.

Meanwhile, the B616 Foundation, are making efforts to launch a satellite that will monitor the deep space for objects that could head to Earth and cause massive damage. Asteroids or meteors detected by this satellite will be deviated or destroyed before they will have the chance to reach our planet.