You are here: Home / Health / Low Dose Aspirin May be Harmful to Younger Women, Study Suggests 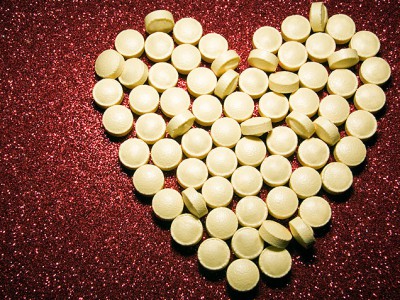 A recent study looking into the benefits and adverse effects of acetylsalicylic acid suggests that low dose aspirin may be harmful to younger women.

It is true that the substance reduces the risk of both heart disease and colon cancer, especially in women after the age of 65. However, researchers now believe that there are significant downsides to administering aspirin to younger women and that these downsides outweigh the benefits of the substance.

On the one hand, taking low-dose aspirin seemed to not significantly reduce the risk of developing heart attacks, strokes and colon cancer in patients younger than 65. On the other hand, the small benefit was countered by the high risk of gastrointestinal hemorrhage. In fact,  gastrointestinal bleeds were so serious that female patients ended up in the hospital.

The risk of bleeding is present in the case of older women as well, however, the benefits against cardiovascular disease and colon cancer were superior than in the case of younger women.

Scientists investigated approximately 28,000 women over the age of 45. The women were split into two groups, receiving either 100 milligrams of aspirin or placebo every two days. After ten years of taking either the medication or the placebo, researchers analyzed how many cases of heart disease, colon cancer and gastrointestinal bleeding had occurred in each of the two groups.

For the aspirin taking group, the risk of developing the mentioned diseases was only slightly lowered as compared to the placebo group. However, they presented much higher rates of serious bleeding requiring hospitalization. Consequently, researchers concluded that aspirin treatment is connected to a small benefit while also possibly causing harm.

These results were only valid for the age group of 65 years and under. The benefits of low-dose aspirin intake increased with age, as did the risks connected to it. However, an acceptable balance between the two was located around the age of 65, so that overall outcomes of patients who took aspirin after the age 65 were better than those of patients who did not.

“When it comes to primary prevention, there are relatively few patients who will get a big benefit. And there’s always the risk of harm.”

The study was published in the journal Heart on the 4th of December.