You are here: Home / Technology / Intel inside for brave new Google Glasses 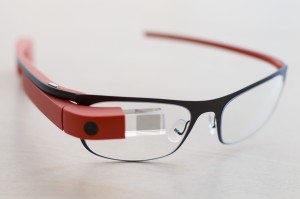 Google is cooking up an Intel inside for brave new Google Glasses to be released next year, sources near the company say.

The new specs will let go of the Texan chips and put on Intel clothes, as the giant chip company is trying to make its way to wearable technology.

So far none of the actors involved- Google, Intel or Texas Instruments, commented the rumor. The initial version of Google Glass was provided with Texas Instruments OMAP 4430 applications processor.

Apparently, Intel plans to advertise Glass to hospital networks and manufacturers as well as to expand its workplace uses fallowing in the footstep of Google who already launched in April Glass for work targeting developers and inspiring them to come up with new Glass-powered innovations for businesses.

As to what type of Intel chip will suit Google Glasses the mystery remains though some say it will be an x86 chip. Intel chips supply numerous PC’s and servers used in data centers. However, its x86 chips were frequently ignored by mobile producers in favor of ARM-based technology. Intel released a new product on the market in September,  the My Intelligent Communication Accessory fashion accessory. Running on an Intel powered processor band, the smart bracelet costing $495 runs on ARM rather than on x86.

Not to mention the new lineup that Intel and Google just came up with, involving Chromebooks as well as Chrome-based desktop systems.

Should this new partnership take place, this would be the first important hardware revision for Glass, first showcased at Google I/O 2012.

Hypothetically, the Intel chip could enhance  the overall  functioning and battery life of Glass significantly. Another explanation might be that Intel just offered Google a very good deal that persuaded the company to distance itself from ARM.

At the moment, the Explorer Edition of Google Glass, available since May costs about $1,500- seen by some as a rather unreasonable price for a gadget with a short battery life. As the consumer version of Glass comes to town, shoppers expect it to last at least as an average smartphone battery. Since the batteries of Glass are quite tiny, this is certainly a challenge for its creators.

Gadgets fans also dream of the time when the specs will have built-in cellular connectivity because right now they can only pair with the phone via Bluetooth.

No information is accessible for the time being  with regards to the looks of the new Google Glass  nor what other improvements it might put on the table.