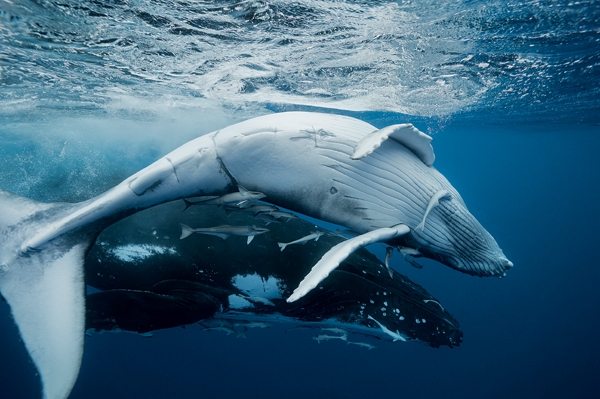 Whale watchers have said that record numbers of humpback whales are returning to New York waters. The whales are swimming within just a mile of the Rockaway peninsula in Queens.

Director of the Ocean Giants program at the Wildlife Conservation Society, Howard Rosenbaum said that the fact that some of the most charismatic and largest animals ever to exist on the planet Earth are swimming within just a couple of miles from the Empire State Building is simply amazing.

Founder of Gotham Whale, said that at first, sightings of the humpback whales were pretty rare, and that they went on several cruises but had only three sightings of just five whales in the year 2011. These large, majestic, beautiful animals are not fierce like the shark. Whales are most popular for their character and behavior and they are most famous for their marvelous singing.

The huge animals may even reach a weight of 40 tons and a 50 feet length. It is not very clear why the humpback whales are returning to New York City. However, conservationists said that the higher number of sightings of humpback whales may be connected to cleaner water along with several other factors regarding the environment.

“We have the clean air and clean water acts, the Marine Mammal Protection Act and associated state laws. It’s hard to make the link for sure but there’s certainly been a behavioral change toward the natural environment.”

Rosenbaum said after stating that he believes that some of the sightings might have been brought on by an improvement in the environment.