You are here: Home / Tech & Science / Google Cardboard Is Evolving 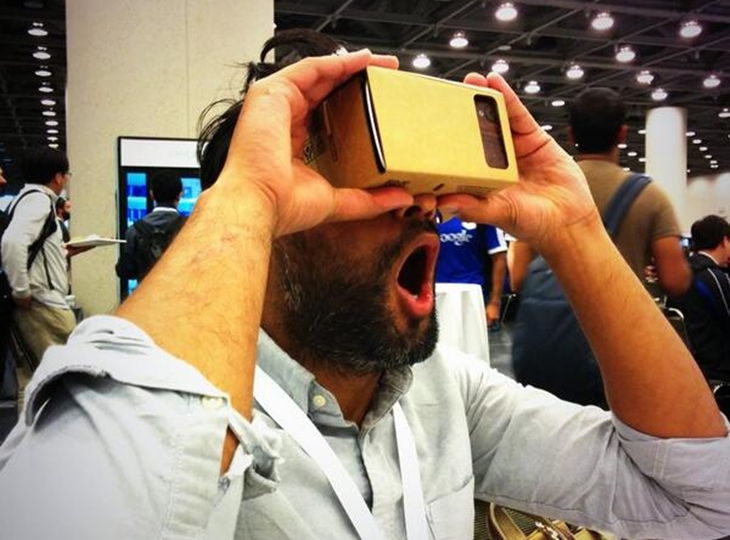 Google’s VR set seemed like a joke the moment it launched but now it looks like Google Cardboard is evolving.

While the Oculus Rift is still in development and Samsung has its own virtual reality headset, Google has made it possible to experience VR cheap and simple. Google Cardboard, which was first announced at the Google I/O this year, requires only a set made out of cardboard and a smartphone.

Google’s idea is very interesting and might have a lot of potential. After achieving a landmark of 500,000 Google Cardboard units delivered, Google unveiled the next move for its virtual reality headset by providing more apps compatible with the VR set and tempting developers to build more apps for the technology.

On the Google Play Store there are over 20 apps compatible with the Google Cardboard. Some of the apps are games that have the player jump from the rooftop of a skyscraper in order of collecting numerous prizes on their way down before landing on the ground safely. Other apps offer a more interactive experience such as The Hobbit VR Experience which provides fans of the movie with a 360 degree landscape of the Shire.

But a small number of apps is not enough to show the full magnitude of the capabilities offered by Google Cardboard, so the company is also offering developers an Android and Unity SDK to let them create their own content for the VR set. By offering two different SDKs, the tech giant intends to gather the attention of numerous other developers instead of limiting to just developers on Android.

Simple materials are used for Cardboard, so it comes to no surprise that Google also offers new building instructions for the VR set that can help the user build its own headset. Google also plans on releasing a tool used for calibration next year in order of providing even more personalization for its users.

It seems that what appeared to be a small and fun little gadget eventually became a larger market for Google. Actually, the tech giant is as of now hiring engineers and designers for a project regarding virtual reality that could possibly make Google Cardboard a significant contender on the virtual reality market in the future.