You are here: Home / Health / Going to Bed Early Might Relieve Worry and Anxiousness 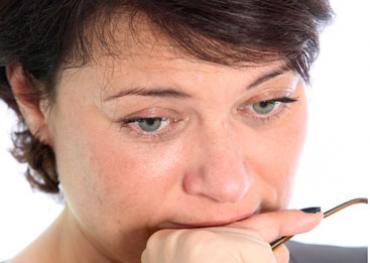 Going to bed early and maintaining a normal sleeping schedule seems to not only have a positive effect on your physical health, but mental health as well, reveals a recent study. Binghamton University graduate student Jacob Nota and Binghamton Anxiety Clinic Director Meredith Coles recently looked into a possible connection between the sleeping schedule and proneness to anxiety and depression disorders in people.

Stress, anxiety, depression and obsessive-compulsive disorders always imply heavy psychological traffic, including worrying excessively about the future, delving too much in the past and losing focus because of intrusive thoughts. Researchers have always looked at these disorders as a cause of sleeping problems, but never attempted to make the connection the other way around until now.

The study was performed on 100 young adults in the Binghamton University who were asked to complete a series of questionnaires and computerized tasks while the scientists assessed the degree of worry or obsessive thinking. The 100 individuals ranged and varied from morning people to night owls, people who slept regular hours or preferred to stay up later in the day and sleep less. During the experiment, most people who turned out to get less sleep or go to bed later than usual showed greater signs of repetitive negative thinking than the ones who practice going to bed early.

White repetitive negative thinking is not classified as a disorder, it increases vulnerability to many other depressive and anxiety disorders, comorbidity and stress. It is unclear what the reason behind this phenomenon may be, but it holds several possible connections. On a biological level, sleeping late may be disrupting the natural rhythm of the human body, not only upsetting the body clock that we all naturally have had since the dawn of mankind, but affecting our bodies at a chemical level. The production of chemicals in the brain and other organs would fall out of sync because of irregular sleeping patterns, even if an individual still has the recommended 8 hours a day amount of sleep. The same approach can be applied to explain the social aspect of the phenomenon, when an individual unconsciously begins to feel in a constant syncope with the rest of the world, or always late with his activities because of the delayed sleeping schedule.

This study has been launched in an attempt to better understand, and eventually find a treatment of individuals with internalizing disorders. Considering there is known evidence that links sleep and psychopathology, researchers will be working to understand how a controlled sleep schedule could help individuals fix their anxiety disorders.