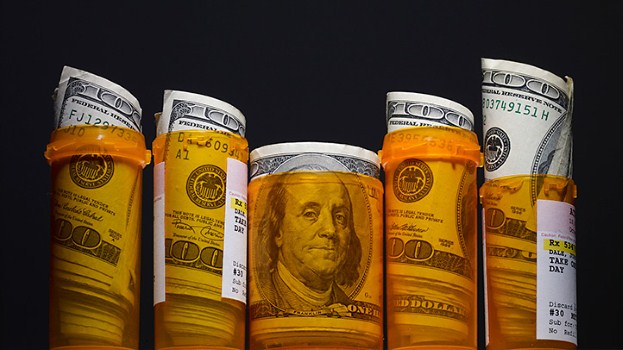 However, there wasn’t much improvement, since AbbVie is going to sell a 12-week kit of the new drug for $83,319. Although it is about $11,000 cheaper than Gilead’s Harvoni, Viekira Pak is still pricey.

David Lassen, a Prime Therapeutics’ spokesperson, said that the wholesale price was higher than expected. But Morry Smulevitz, Abb Vie representative, said that the price reflected both “market dynamics” and the “value it brought to the health care system.” Additionally, some patients may need only an 8-week therapy for full recovery, thus lowering the price.

Viekira Pak is a mix of four drugs that eradicates hepatitis C Genotype 1 virus, the most common type of virus, as efficiently as Harvoni. The rate at which it cures the patients is 90 percent.

However, AbbVie’s cheaper hepatitis C drug has a major drawback – patients would have to take 6 pills a day, instead of two as they did with Harvoni. Viekira Pak therapy involves three tablets to be taken in the morning, one in the evening and an additional drug, ribavirin, which consists in two more pills. Ribavirin is not mandatory, but it is highly recommended during the cure.

Some pharmacists believe that taking so many pills would confuse patients and prevent them from getting their medication, while others say that the time span of the cure (12 weeks) is so short that there isn’t such danger.

About 3 million Americans have hepatitis C nowadays. If not treated, the disease can lead to liver cirrhosis followed by liver cancer.

AbbVie has another blockbusting drug, Humira, that recoded sales for nearly $10 billion in the first three trimesters of this year, surpassing Gilead’s Sovaldi, Harvoni’s predecessor, as the best selling drug in the world.

Some say that Viekira Pak is so expensive because AbbVie wants to make it its primary source of revenue after Humira’s patent would have expired in the U.S. in two years time. In 2016, Humira would lose monopoly because other drug makers could copy and sell it at much lower prices.

Drug experts say that even with a 20 percent of hepatitis C drug market share, AbbVie’s revenues could reach $2 billion a year just by selling Viekira Pak.