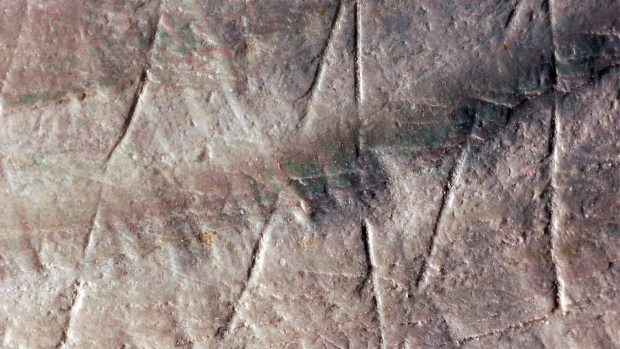 Human engraving discoveries have always set off massive uproars in the world of science and paleoanthropology. The human race is at this point the only species that has managed to develop a creative mind, no other primate having evolved enough to use non-functional markings so far.

The engravings in question were discovered on the shell of a clam that has spent nearly a century in a museum. Researcher Stephen Munro was going through a series of photographs of ancient fossils and other findings when he noticed the shell in question and a detail that had been missed for entire decades since its finding. The location of the find is particularly curious as well, as Indonesia is not one of the places considered a spring of the human race.

Ever since the discovery of the shell, scientists have moved their focus on the clams extracted from Dubois to try and pinpoint their age. By studying the sediment inside them and the grains gathered up in the cracks, it was detected that the markings are between 430,000 and 540,000 years old. This pulls the record of first human engravings way back to the Homo erectus period, and not the Homo sapiens as it was believed until now. It also topples off the belief that humans developed symbolic thinking around 100,000 years ago, a concept that was solidified after discovering engravings on ochre in Blombos Cave in South Africa.

The clam that has attracted so much attention overnight displays a series of geometric engravings, shaped in a zig-zag formation on its shell. Studies show that the patterns were made deliberately, probably with a tool with sharpened edge. Meanwhile, a paleoanthropologist in France tried to replicate the engraving down to its microstructure. Three pointed tools were tested for the experiment, including a steel scalpel, a shark’s tooth and a flint. The winner of the three was the shark’s tooth, that offered the closest similarity to the etches on the shell. It is impossible to determine whether the pattern on the shell was made as a signature or sign of ownership, but scientists do also take into consideration the possibility of very primitive doodling. The shape does not describe anything the Homo erectus might have seen and wanted to represent in drawing, suggesting that the human brain at that point was capable of wandering and abstract forms.

With this discovery, scientists have speculated that there might be more examples of this primitive form of human engraving at the site that, upon being found, might shed more light on how the human capacity of thought developed into what it is now.