You are here: Home / National News / Dr. No, Senator Coburn Bade Farewell to US Senate 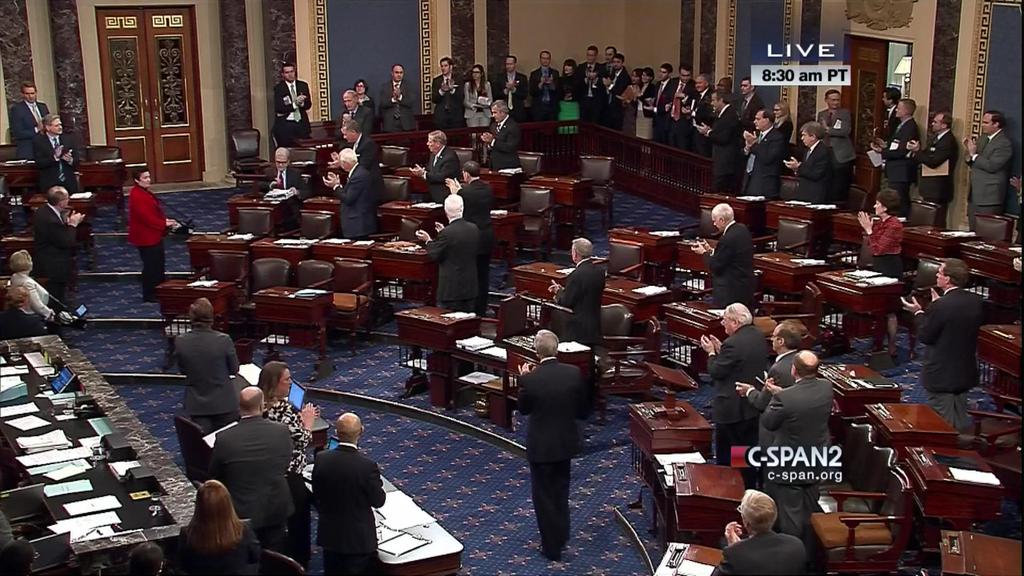 Senator Coburn bade farewell to US Senate and his colleagues as he is preparing to battle the disease that we all fear: cancer. On Thursday, Dr. No urged his Senate colleagues to not relent in their struggle to limit the power of the US government and to ensure American’s liberty.

As Coburn was retiring, senators and aides offered the senator a standing ovation. Coburn was forced to give up his position with two years still left to serve and remembered to apologize to all those possibly offended by his actions over the years.

“I believe our founders were absolutely brilliant and far smarter than us. I believe the enumerated powers meant something.”

Dr. No worked as an obstetrician before entering politics, but, because of his recurrent prostate cancer, he is no longer able to continue his term. His nickname stems from the attitude that Sen. Tom Coburn often displayed, as one of the most outspoken conservative senators. He often acted as the crusader trying to prevent wasteful spending and since his election to the House in 1994, he’s had Barack Obama as one of his close friends in the Senate. Since the president came into office, however, there have been times when Coburn and Obama did not see eye to eye.

The notorious Dr. No has several remarkable initiatives, however, his government wastebook is by far the most known. It showcases those federal programs believed to not be cost efficient as well as not in the interest of tax payers. The senator also commented on the upcoming defense bill, which the House has already passed, noting that he had concerns and that amendments should be created to improve on the bill. Such an opposition, Coburn believes, testifies to the fact that Thursday’s speech will certainly not be his last.

The remainder of Sen. Tom Coburn’s term will be served by GOP Rep. James Lankford.