You are here: Home / Health / Dentist Had His Medical License Suspended Because a Patient Died After a Teeth Extraction Procedure 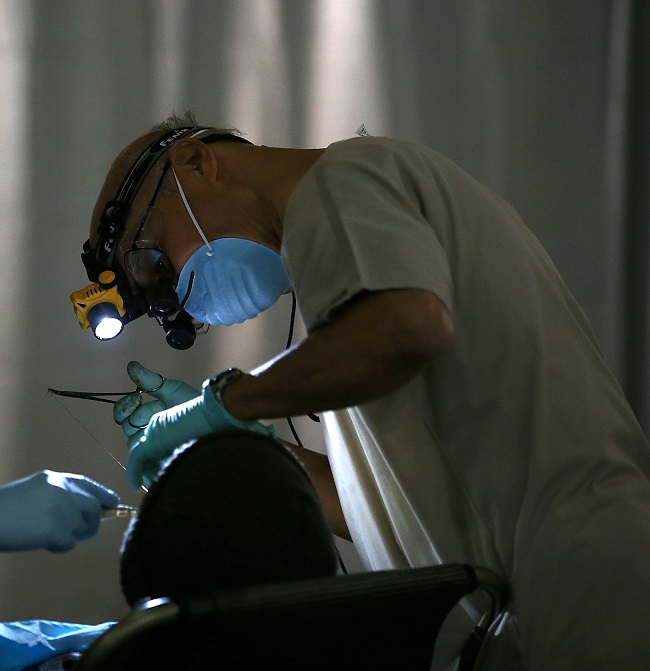 A dentist had his medical license suspended after one of his patients died following a teeth extraction.

The doctor, Rashmi Patel was suspended temporarily in April and Wednesday the Connecticut State Dental Commission made the final decision to have his medical license suspended permanently after discovering that two of his patients were not attended as they should, including the woman who died at the beginning of the year, in February.

Dr. Rashmi Patel, who has two dental offices in Torrington and Enfield, will be suspended until the American Association of Dental Board will conduct a thorough review of his practice. After his license suspension will be lifted his practice will be closely observed by officials from the American Association of Dental Board for five years and he won’t be allowed to perform conscious sedations.

A lawyer from the Department of Public Health, David Tilles, insisted that Patel’s shouldn’t have the possibility to regain his license and told the commission that the doctor’s practice is considered a threat to his patients. The doctor refused to comment about these accusations brought to his practice. Patel and his lawyer, Paul Knag, are expected to appear in court after they will discuss what comes next.

The evidence presented by the commission show that Patel extracted 20 teeth and then performed six implants on his patient, a 64 year-old woman Judith Gan. The evidence further showed that the woman’s oxygen levels dropped while she was consciously sedated. After this procedure performed by Dr. Patel Judith Gan died at the hospital.

The commission stated that the doctor didn’t pay attention to Gan’s respiratory distress and cardiopulmonary distress, also he did not respond to the woman’s oxygen levels during the procedure.

The woman’s medical file showed that she had suffered a heart attack six months before this procedure and two strokes in the last two years. After the commission inspected the woman’s medical history they also accused Patel that he shouldn’t have extracted so many teeth in just one visit.

The commission also discovered that in December 2013, Patel performed another procedure on a conscious sedated patient who swallowed a piece of dressing designed to prevent patients from swallowing objects during a procedure. Following this incident, the patient’s blood pressure elevated and he was transferred to a hospital where he recovered.

Michael Gan’s lawyer, Richard Kenny, said that his client plans to file a lawsuit against Dr. Patel over the death of his wife and also requests that the doctor’s medical license should be revoked.