You are here: Home / Tech & Science / BioScapes Competition Reveals That Aliens Inhabit Our Very Own Planet 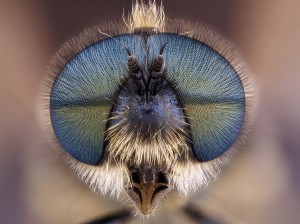 We all wonder about alien life but most of us think of it as extraterrestrial. The Olympus BioScapes competition reveals through amazing pictures that aliens inhabit our very own planet, but on a different level.  The by now popular challenge, Olympus BioScapes has decided the winners of the year. The lucky microscopic images that got to be on top of the ranking include mouthparts of a vampire moth, a rodent cerebrum and many other fascinating tiny creatures.

The 2014 Olympus BioScapes Digital Imaging Competition shows us how top of the notch photo and video equipment can bring microscopic forms of life closer to us. Making use of amplifying lens, competitors mix craftsmanship and science to create experimental images in an artistic manner.

On its eleventh year,  the BioScapes jury got about 2 ,500 pictures from researchers and scientists in 70 nations.  The competition accepted scientific images and videos shot or recorded through any type of microscope.

The materials were categorized according to various criteria including the type of science, technical know-how and visual impact.  At the end, the judges created a top of the best 10 pictures and granted honorable mentions to 62 other. Fourteen U. S. states and twenty one countries provided the winners.

Only nine videos entered the competition.

Hidenao Tsuchiya, Chairman of Olympus Scientific Solutions Americas, part of Olympus Corporation declared that the images and videos showcased in the competition managed to create a public interest in this domain and motivated youngsters fallow careers in science.

The first victor is a video capturing a Drosophila embryo rising up out of shaking cells.

Second place was awarded to a picture of cells in the cerebellum of a rodent shot by Thomas Deerink of the University of California, San Diego.

The third spot went to Dr. Igor Siwanowicz. He displayed the barnacle appendages that tiny animals use to clean the sea waters.

The fourth position is held by Csaba Pinter of Hungary who successfully captured two weevils on a microscopic cam.

The cerebral cortex of a rodent’s brain with cell nuclei in blue, astrocytes in yellow, and veins in red got the fifth spot. The image was provided by Madelyn May of Hanover, New Hampshire

The sixth victor is the picture of a worm hatchling also known by scientists as a magelonid polychaete.  David Johnston of Southampton General Hospital in England was the one taking the photo.

A tiny close-up presenting the mouth parts of a vampire moth got to the eight position. The author of the picture was Matthew Lehnert and Ashley Lash of Kent State University.

Ranked ninth there is a green coneheaded planthopper nymph captured on image by Igor Siwanowicz of HHMI’s Janelia Research Campus.

The tenth award was granted to a video featuring a neural movement in a living zebrafish. The material was recorded by Philipp Keller, Fernando Amat and Misha Ahrens from Howard Hughes Medical Institute’s Janelia Research Campus.