You are here: Home / Tech & Science / BELLA Particle Accelerator Was Used to Generate A Petawatt of Power 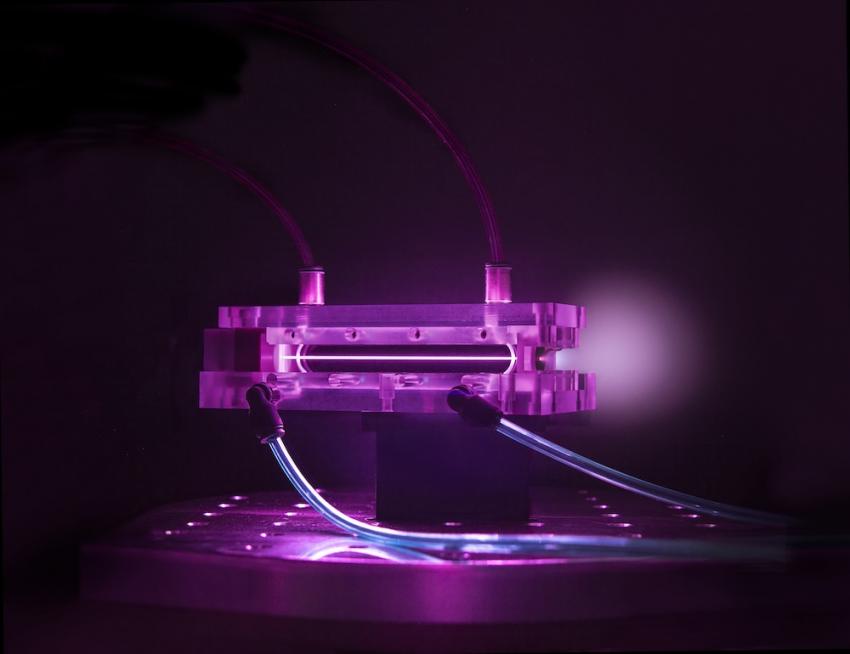 Scientists have developed a compact prototype plasma-laser at the Bekeley Lab. The BELLA particle accelerator was used to generate a petawatt of power.

Experts conducting this experiment are confident that they will soon be able to replace traditional miles-long accelerators with compact ones that can occupy a smaller surface.

Scientists used a petawatt laser ( a laser that equals a quadrillion watts of power) and a tube super-charged with plasma particles with a length of 9 centimeters. The speed reached by electrons in the tube achieved 4.25 giga-electron volts.

The lead author of the experiment, Dr. Wim Leemans, said that the control needed over the plasma and the laser must be monitored very carefully.

Other particle accelerators use electric fields to speed particles up to a limit of 100 mega-electron volts. The 17-miles long accelerator CERN uses the same technology.

Compact laser-plasma accelerators are different from traditional accelerators such as CERN. This device uses a laser beam that is shot through a thin tube which is loaded with plasma particles creating a tunnel and a wave field that makes electrons speed up to enormous energies.

This accelerator is not only powerful but it is very precise too. Experts say that it has a very precise targeting system that allows them to shoot a beam through a 500 micron hole at a distance of 14 meters.

Before this experiments, scientists had to simulate this entire process by using a state of the art computer made available by the National Energy Research Scientific Computing Center in California. They said that the data of this study had to be precise before testing BELLA because any change could have had serious consequences.

Researchers have planned to experiment with even greater energies. Dr. Leeman said that when they will gather all information related to this study for closer inspection, the device will allow them to reach even 10 giga-electron volts, which is five times more powerful than what they have achieved so far, provided that they will manage to increase the precision of the device.