You are here: Home / Tech & Science / Ariane rocket future to be approved in Luxembourg, ESA hopes 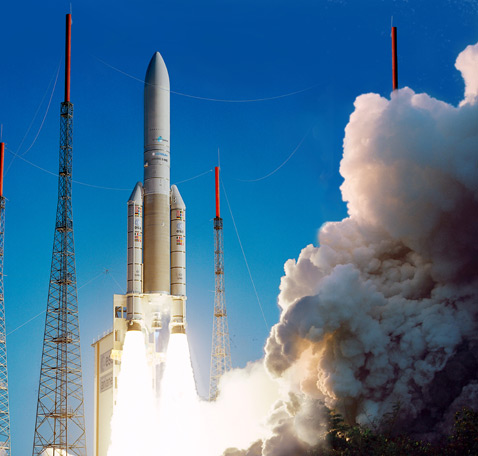 Months after negotiations between governments and industry representatives, the Ariane rocket future should be decided on Tuesday in Luxembourg by EU research Ministers.

The Arianne Project has been on Europe’s agenda for two years now and the minsters seem  finally ready to approve  the full development of a new rocket to replace the current Ariane 5, which has been leading the market by setting commercial satellites.

A5 is now facing pressure from rival services with lower prices, mainly SpaceX, founded in June 2002 by Elon Musk. While the costs for launching commercial stations with SpaceX are around 50 million euros, A5 charges about 130 million euros. The launch price with A6 is expected to be about 70 million euros.

The new venture project cost is estimated at roughly 3.8 billion euros, covering both  A6’s development and  ESA’s small Italian-built Vega rocket upgarde. For the success of the project, ESA  will have to secure funding form an outside source, some officials say.

While France has been the strongest supporter of the project, Germany has been somewhat reluctant up to this point, opting for an upgrade to A5. Now Germany appears to have given up this idea provided that France and Italy also go ahead with the ISS project, beyond 2020, its original end date.

The investment would be one of the most important endeavors Europe has made so far to become an important player in space industry. Critics remain, however, over the heavy influence European state agencies still have.

20 EU member states also have memberships with The European Space Agency and despite Europe’s Ariane seizing 50 percent of the market, the overpriced job distribution system and rival agencies has loomed Europe’s commercial activity.

If approved, the project will give ESA the ability to launch its own rockets as, at the moment, the agency uses outside stations like the Russian space agency for rocket launches.