You are here: Home / Business / Apple vs Android: 1-0 in Thanksgiving Sales 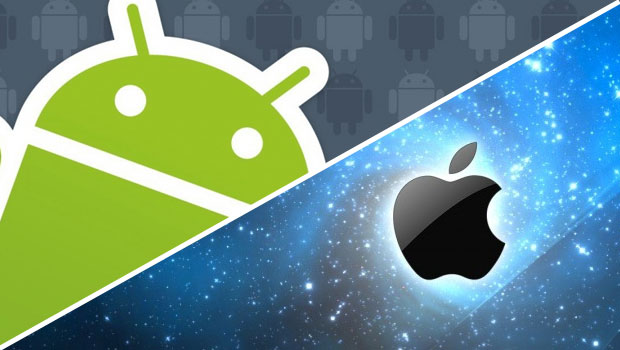 In the continuing rivalry of Apple vs Android, the former scored an incontestable triumph over the latter this Thanksgiving, when amongst the celebrations, people have decided to take advantage of deals and holiday prices. Despite Android still comfortably securing its first place in the top smartphone platform in the U.S. market, Apple managed to seal the deal through online retailing success.

With holidays knocking on their doors, reunions to join and meals to prepare, shoppers have found that making purchases online, in front of their computers was the easier choice over trekking all the way to the nearest store. A study has shown that Apple users are three times more likely to make a purchase online, be in via their mobile, tablet or personal computer, than fans of other platforms and that left a mark on the resulting numbers of holiday sales. Even given these circumstances, long lines have not been missed from the scenery and malls reported stores being just as packed as they normally are around holidays.

IBM’s latest U.S. Retail Black Friday Report has provided a summary of the results and an infographic, highlighting Apple’s great success. The average order value reported by IBM for iOS devices was scored at $121.86, while Android’s capped out at $98.07. Out of all the items sold by both companies, 72.06% proved to be desktops, tablets and smartphones trailing behind with percentages of 16.01% and 11.82% respectively. This makes up for an average $135.33 spent on order for desktops, $126.4 on tablets and $107.55 on smartphones.

In what regards online sales, iOS came on top with a smashing 21.88% of total transactions, whereas Android’s profit came in a proportion of 5.77% from the online realm. At peak hour, Apple registered a 34.19% online site traffic, while Android products only mustered up a 15.03%, less than half of the competitor’s.

Compared to last year’s Black Friday, sales were reported to have increased by 9.48% with this occasion, and a convincing 14.3% for Thanksgiving thanks to companies’ initiative to open their doors and show off their deals earlier than normal.

Adobe announced that overall, mobile shopping account for a sum of $254 million over the length of Black Friday and Thanksgiving Day together.