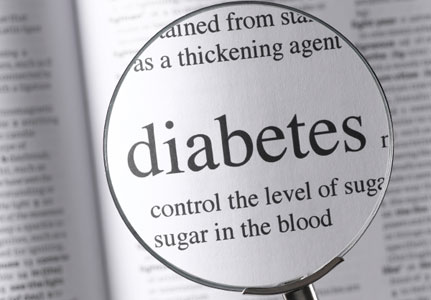 A new study shows that pre-diabetes definition has been artificially tweaked by the American Diabetes Association (ADA) to bring more clients to big pharma businesses. Pre-diabetes patients are currently treated with diabetes drugs to stop them from developing type 2 diabetes.

According to the study, in 1997, ADA changed the definition of type 2 diabetes by lowering the blood sugar parameters that indicated if a person developed or not the disease. As a result, overnight nearly 2 million Americans were diagnosed with type 2 diabetes.

In 2003, ADA did a similar move, only with bigger consequences. The experts convened by ADA changed pre-diabetes definition that had been previously given by the National Diabetes Data Group (NDDG) in 1979 and it is still in use today at WHO. Overnight, 25 million more US residents were diagnosed with pre-diabetes.

In 2008, two endocrinology teams of experts stated that pre-diabetes patients could be treated with diabetes drug, if exercise and diet had no result in lowering blood sugar levels.

Additionally, in 2010, ADA said that a new and more permissive blood sugar test was suitable for detecting pre-diabetes. This test didn’t require over-night fasting so if somebody ate something high caloric before the blood test, they might  also be diagnosed with pre-diabetes, although the change in their blood sugar levels was only temporary.

As a result, in the past decade, the diabetes drug industry skyrocketed. Last year, its yearly sales reached a whopping $23 billion.

Researchers at the Dartmouth Institute for Health Policy and Clinical Practice said that the 2003 and 2010 moves were responsible for an extra 46 million pre-diabetes patients tangled in the US health system.

The new study found that 14 ADA experts that have altered  pre-diabetes definition were former spokespersons, advisers and consultants for the diabetes drug makers. Also, between 2009 and 2013, pharma companies paid ADA’s committee members more than $600,000 worth of revenues.

Health experts recently said that preventing diabetes with diet and exercise is way better than preventing it with drugs. They also said that none of the diabetes drugs were approved to treat pre-diabetes, so their use was off-labeled.