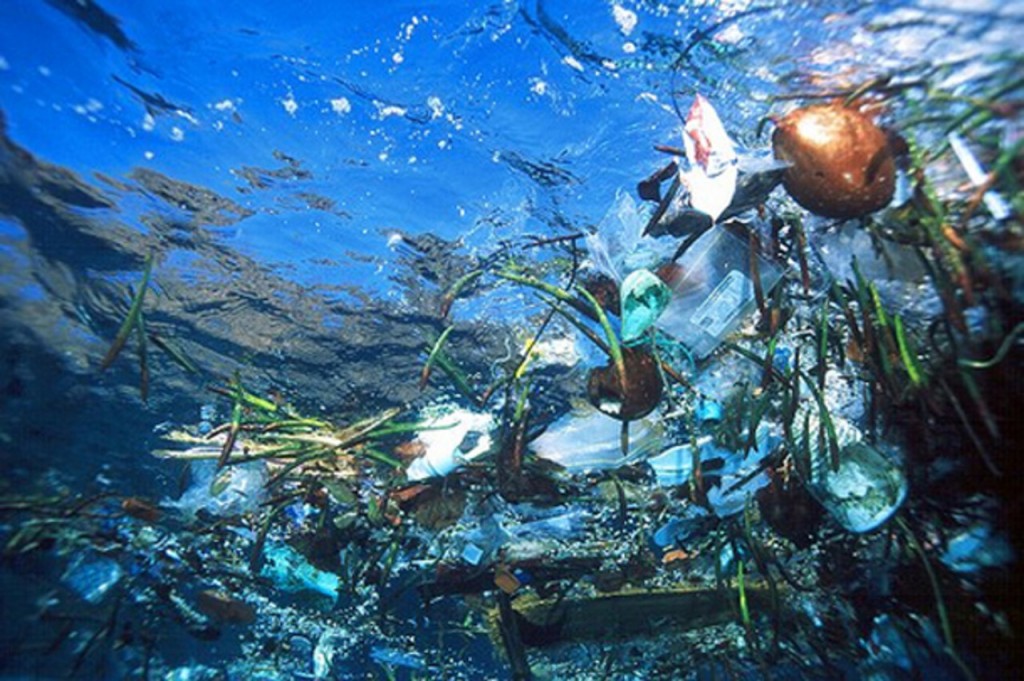 269,000 tons of plastic are reportedly “swimming” with the fish in our planet’s oceans. This equals about 5 trillion distinct pieces of plastic. The study released Wednesday is the first one that evaluated the actual amount of toxic waste that floats above our waters or is chocking it from the inside.

The Los Angeles-based 5 Gyres Institute’s research director, Marcus Eriksen, explained how this precise data was obtained. On a 6-year old span, they sent 24 ship expeditions around the world in order to collect data.

“There’s much more plastic pollution out there than recent estimates suggest,”

“It’s everything you can imagine made of plastic. It’s like Walmart or Target set afloat.”

So in other words one can find anything he/she could ever dream of just drifting through our planet’s oceans.

But apart from the easily visible plastic pieces, there are some other dangerous ones: the tiny ones, or the micro plastics, that have already been torn apart by currents, water, sun, or by fish. This “invisible” plastic cannot be measured, but it surely adds up to the already evaluated amount of toxins.

Moreover, these small plastic particles are definitely eaten by fish that mistake them for food. And the worst thing is not that the poor creatures get to ingest poison, but the fact that by our eating fish, these plastic toxins end up in our stomachs. They contain dangerous components such as the controversial BPA and other pollutants that are found in the oceanic waters.

Apart from this, the horrors goes on, as larger pieces such as plastic bags are a serious threat towards seals, or sea turtles, as well as to birds and other animals that end up consuming them. Warnings regarding how the plastic pollution is killing our planet’s marine creatures have been wandering around the internet for some years now. But actually knowing some more exact figures may make us realise the fact that our fish, seabirds, marine mammals and several other beings are dying as we speak.

PLOS ONE is the journal in which the study was published.