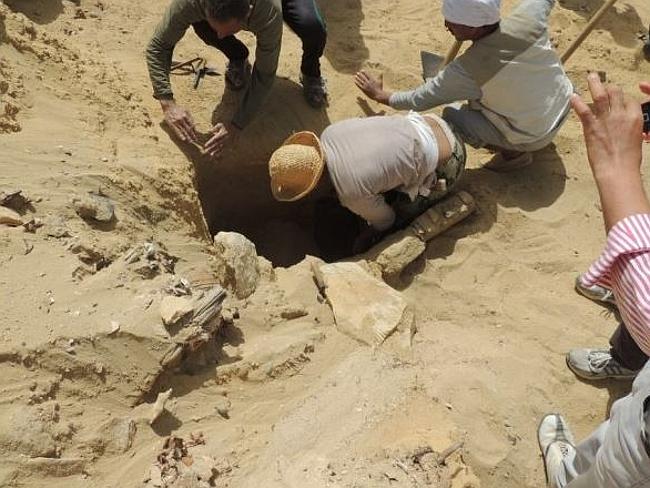 Archaeologists from Brigham Young University in Provo, Utah, have already unearthed about 1,700 well-preserved mummies in an ancient cemetery in Egypt. Researchers say they have been excavating in this cemetery for nearly 30 years and the work is yet not done since there seems to be more than 1 million bodies buried there.

We are fairly certain we have over a million burials within this cemetery. It’s large, and it’s dense,”

Most of the 1,700 Egyptian mummies found in the Fag el-Gamous cemetery were simple people that had no money to pay for expensive burial ceremonies. Many of them didn’t even have coffins. Despite that, researchers say that they were beautifully preserved by the sand and high temperatures in the desert.

However, archeologists say that they do not know where all these bodies came from, since the nearby village is too small, while the closest ancient city, Philadelphia, had its own cemetery.

The most recent discovery is the remains of a toddler who died of unknown causes more than 1,500 years ago. Scientists say that the body is also perfectly preserved by natural mummification, but they cannot say for sure whether the child was a girl or a boy. The team believes it was a girl from the necklace and the two bracelets on each arm.

Archeologists believe that the toddler died at the age of two. It seems that somebody loved the child very much since they buried the infant with great care. It was a very sad, but beautiful burial, researchers said.

There is also a small pyramid close by where researchers have also did some excavations. Some argued that maybe the pyramid had something to do with the great number of mummies in the Fag el-Gamous burial site. But others say that any association between the two is impossible since the pyramid is 2,000 years older than the cemetery.

Researchers say that they now plan to publish more of the data gathered in the cemetery and the stories each mummy had to tell. Nevertheless, the amount of new information is so vast that it is nearly impossible to publish it all during a lifetime.

One of the unpublished discoveries was the one related to a 7 feet-tall mummy. Scientists say that this height was very unusual among ancient Egyptians since they had such a poor diet. They believe that the 7-feet tall mummy may belong to a man affected by a genetic disorder, but more research must be done.