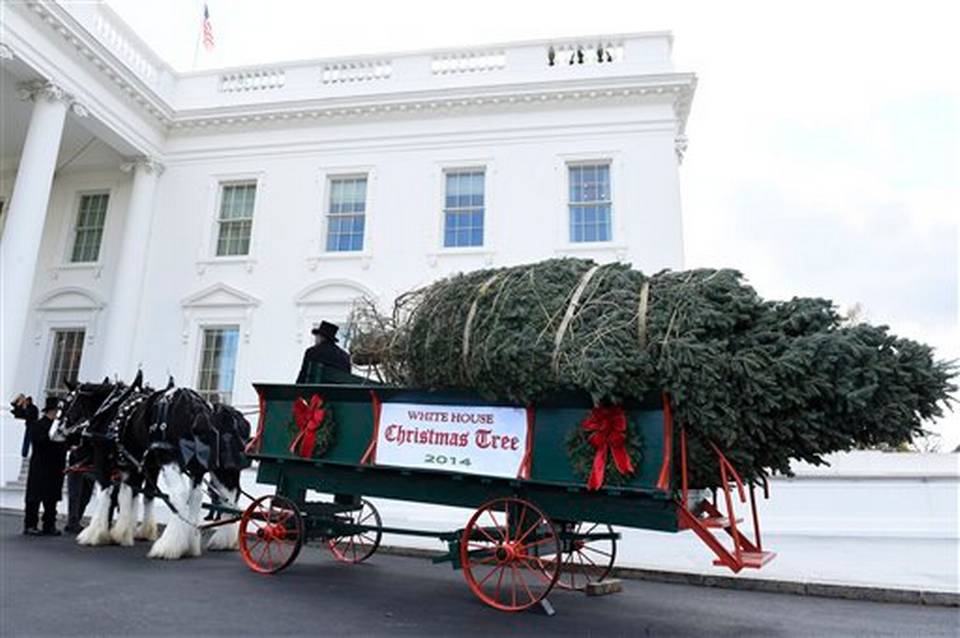 Every year, the White House Christmas Tree is selected from the most exemplary candidates, carefully groomed by a series of growers nationwide. This year’s winner is a 20 feet tall Douglas Fir, originating from the Crystal Spring Tree Farm in Lehighton, Penn. The farm in question, run by Chris Botek, has also been the White House Christmas Tree provider in 2006 and 2010.

According to the same tradition, it was brought to the White House in a horse-drawn carriage where First Lady Michelle Obama came out to receive it, together with her daughters, Malia and Sasha, and even the family dogs. The tree was happily accepted by the first family and will soon be placed in the Blue Room, after it has undergone the trimming and fitting session, to respect the 18 ½ feet rule.

The White House Christmas Tree is undoubtedly the biggest attraction in the presidential house during the holidays. Last year’s tree impressed visitors with its magnificent decorations in honor of military families, as a symbol of respect to the group. This year, there are a few days of decorating and arranging scheduled, and with the help of dozens of volunteers there is hope that the 2014 Christmas Tree will only compliment the White House, planned to become a “winter wonderland”.

The first peeks at the ornaments will be taken on Wednesday, by the military families that have been invited to the traditional decorating ceremony by the First Lady herself.