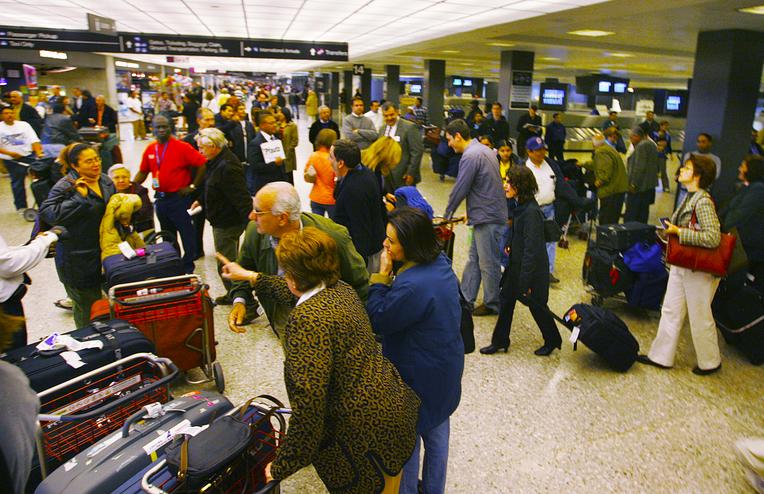 An East coast snowstorm threatens Thanksgiving traveling, according to meteorologists. More than 20 million people living on the East Coast may be affected by the upcoming storm, according to a warning issued by the National Weather Service.

“For the East coast, a developing nor’easter will cause havoc for Thanksgiving travelers from the Carolinas to New England,” D. Hamrick from the NWS stated. “Although the strongest winds will likely remain offshore, widespread precipitation is expected from Florida to Maine,” he added.

Meteorologists cannot accurately draw the rain-snow line, which is a main focus for most people who plan to travel on Wednesday. However, they expect the border between rain and snow to fall along the Interstate 95 corridor.

More than 46 million people will drive for 50 miles or more from home in the next couple of days, according to the AAA. About 90 percent of them will take the car. People who have to drive to their destination are advised to leave as early as possible, because snowfall will intensify during the evening. The AAA expects 3.55 million people to travel by plane, the highest number since 2007.

The snow may cause delays of up to six hours in major airports from Boston, New York, and Philadelphia. These will have a nationwide impact to air travel. More than 150 flights have already been cancelled and the number will likely increase. Those who bought tickets should visit the airline website to check if the flight got cancelled. Some companies offer waivers for rebooking to travelers in the Northeast. Late Wednesday morning until evening will be a critical period for cancelations and delays.

The Port Authority of New York and New Jersey prepares for a heavy day. Extra staff will be lined up to operate the snow removal equipment if needed. Employees could work in 12-hour shifts if needed. If temperatures drop by just a few degrees, rain will transform into heavy snowfall.