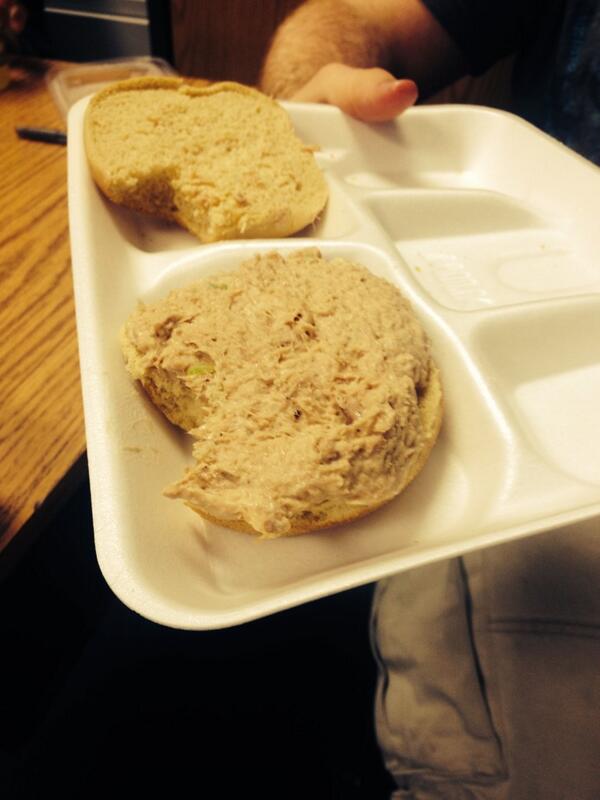 High school children across the United States have started tweeting pictures of their school lunches on Friday, thanking the first lady for what they view as uneatable food. #ThanksMichelleObama is the hashtag that has trended Twitter this weekend, alongside unsightly school lunch pictures, which some wouldn’t feed to their dogs.

Michelle Obama has long attempted to fight the increasing trend of childhood obesity in the United States and decided to push standards mandating more whole grain, whole fruits and vegetables in school meals. Now, the first lady is not only the image of healthier food in schools, she is also the persona non grata among students after also pushing limits on sodium, fat and sugar intake.

There are schools claiming that large portions of the food prepared ends up in the garbage. On the other hand, Twitter is full of pictures showing empty vending machines- a side effect of not eating in the school cafeteria.

Although #ThanksMichelleObama was started in 2012, when the first lady was pushing these requirements, it’s only Friday that momentum started building up. The food is considered unpalatable by students who complained of the unappetizing and indistinguishable mush trying to pass for food. Hunter, a 17 year old Richland Center High School student explains that he could not distinguish between the grains of rice in his “Spanish rice”, also noting that school meal quality had been steadily decreasing for the past four years.

Other students posted pictures with slushy sandwiches, writing that they used to enjoy meals served in the school cafeteria until the change in menu as required by the new rules.

Apart from the questionable dishes, students no longer receive salt to season their food and milk is only available skimmed. Other students noted that school food is not the only option students have. Many of them were more than glad to pack healthy lunches before. The real problem, they say, is that what is now being served is considered healthy food.

“Students are always provided full servings of both fruits and vegetables as well as protein options, so clearly many of the photos posted do not fully reflect the full range of choices students are provided,”

USDA representative, Cullen Schwarz said after being shown the pictures.