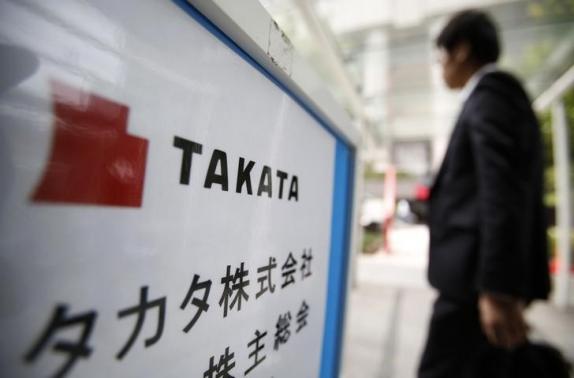 The flaw in the Takata air bags is that they can inflate with too much force, resulting with metal shrapnel being propelled into the passenger comportment, causing severe injuries and sometimes even death of the passenger. This problem has currently caused five known deaths (four of which happened in the US) and dozens of injuries. High humidity influences the air bag propellant, causing it to burn too quickly.

So far, the states in which recalls are taking place are Florida, Hawaii, Alabama, Mississippi, Louisiana, Georgia and parts of Texas. Over 4.7 million cars have been called back in the hot areas where the airbags may fail. However, US safety regulators are demanding Takata to call back the affected cars nationwide, after incidents in California and North Carolina have been reported.

Shimuzu, who was summoned in a hearing before the Commerce Committee on Thursday, continues to say that tests have not revealed inflator ruptures outside the high-humidity areas. The National Highway Traffic Safety Administration threatens to take legal action against Takata if the company does not order a national recall.

Takata is defending itself by saying that a national recall could interfere with the replacing of airbags where they are needed, thus putting more lives at risk.

Ford, Mazda, Honda, Chrysler and BMW are the automakers that have been forced to recall all their affected vehicles. BMW is the only company that’s already recalling airbags nationwide. As for the other automakers, they did not say if they will expand their recall beyond the cars they are currently fixing. The regional recall was allowed by the National Highway Traffic Safety Administration (NHTSA) in June. The NHTSA allowed the automakers to consider how and when to notify the customers about the problem and replacing the faulty parts. This resulted in confusion, as car owners started receiving mixed messages.

“Takata’s initial response was an unwillingness to move forward, and frankly, that is one of the reasons we are talking to you today, because I believe everyone needs to understand that Takata needs to act.”

Over 16 million affected cars have been called back in the past six years.