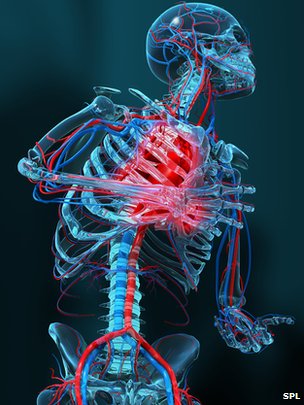 Approximately 33 percent of all patients currently eligible to receive lipid-lowering medication (statins) are not taking their medication, recent research published in the Journal of the American College of Cardiology suggests. The same study also showed that one every one in five patients would undergo unnecessary LDL retesting.

While one study investigated the way in which new treatment guidelines for heart attack and stroke prevention clinically influence patients, the second study examined the clinical impact of the National heart, Lung and Blood Institute 2014 guidelines for hypertension treatment. These, among other changes, modified the arterial pressure target goals from under 140/90 mmHg to under 150/90 mm Hg for patients not suffering from diabetes or chronic kidney disease and under the age of 60.

Results raised significant concerns, as patients meeting the new guidelines’ target but not the old still run a high cardiovascular risk and should undergo treatment.

Where cholesterol was concerned, the team of researchers under Dr. Thomas Maddox’s supervision explains that the guidelines may have not been as beneficial as was hoped. Previously, the LDL recommended goal was under 100mg/dL (optimally, under 70 mg/dL). Instead, patients were treated with fixed-dose statins.

Among the 1,174,545 patients of the study, 1,129,205 were statin eligible. However, 377,311 were not undergoing statin treatment and 259,143 were undergoing non-statin therapies. Similarly, among diabetic patients, 26,827 were eligible for lipid-lowering therapy but weren’t receiving any.

“If the 377,311 eligible patients in the PINNACLE population not currently receiving statin therapy receive them as a result of these guideline changes, then those patients would have a 25% reduction, on average, in cardiovascular events,”

The study also disadvantages older adults, Dr. Nanette Wegner, Emory Heart and Vascular Center doctor explains. According to her, statin treatment at elderly ages is quite paradoxical: although the risk of hypercholesterolemia is higher, statin use steadily declines with age.

On the other hand, hypertension guidelines have also received criticism. According to Maddox and his team, a significant proportion of patients meeting the 2014 treatment goals still run a high cardiovascular risk.

“I would predict the guidelines are going to be rewritten very soon.”