You are here: Home / Business / Starbucks CEO Will Continue to Dismiss Washington Until it ‘Proves Itself’ 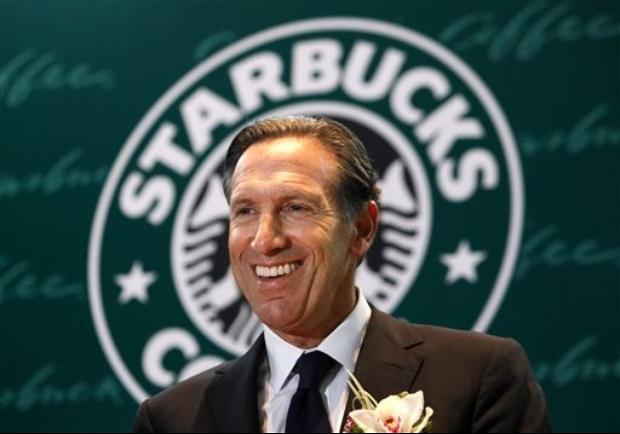 Starbucks CEO, Howard Schultz, said that Washington has 30 days to ‘get its act together’. He is now putting dysfunctional DC on notice and calling on the White House and Congress to “stop the polarization and dysfunction.”

“Washington has let the country down.” – Starbucks CEO, Howard Schultz on  NBC’s “Meet the Press”

What Schultz wants is to see more cooperation, communication and civility from Washington. He also says that if they don’t get that in the following 30 days, the business community will continue to do what it has done for the last 10 years: dismiss Washington.

This is not the first time that Starbucks CEO calls out foul amid political bickering. As a matter of fact, back in 2012 when the nation teetered on the edge of the so-called ‘fiscal cliff’, the Starbucks Head encouraged lawmakers to ‘come together’ by having Starbucks shops in the DC area write that message on coffee cups. In the 2012 campaign, Schultz and several other CEOs also vowed that they would cut off political donations until lawmakers stop their partisan gridlock.

It doesn’t stop here. One year later, while the Congress struggled through a two-week government shutdown, Howard Schultz declared that he was “utterly disappointed by the level of irresponsibility and dysfunction” in the capital city.

Howard Schultz’s observation will most likely not end here. At the moment, U.S. economy is still searching for traction. It is most likely that the Starbucks CEO will weigh in in the future.

“I feel as if the economic situation that we are dealing with is directly linked to the situation in Washington in which there’s been a fracturing of trust and confidence for over 10 years.” – he declared on Sunday

According to him, the short term solution would be for business leaders, like him, to take the lead in order to propel the country forward. He believes that this is the only way that America will ever recover from its economic crisis.

In conclusion, the business community will only consider Washington after it proves itself.