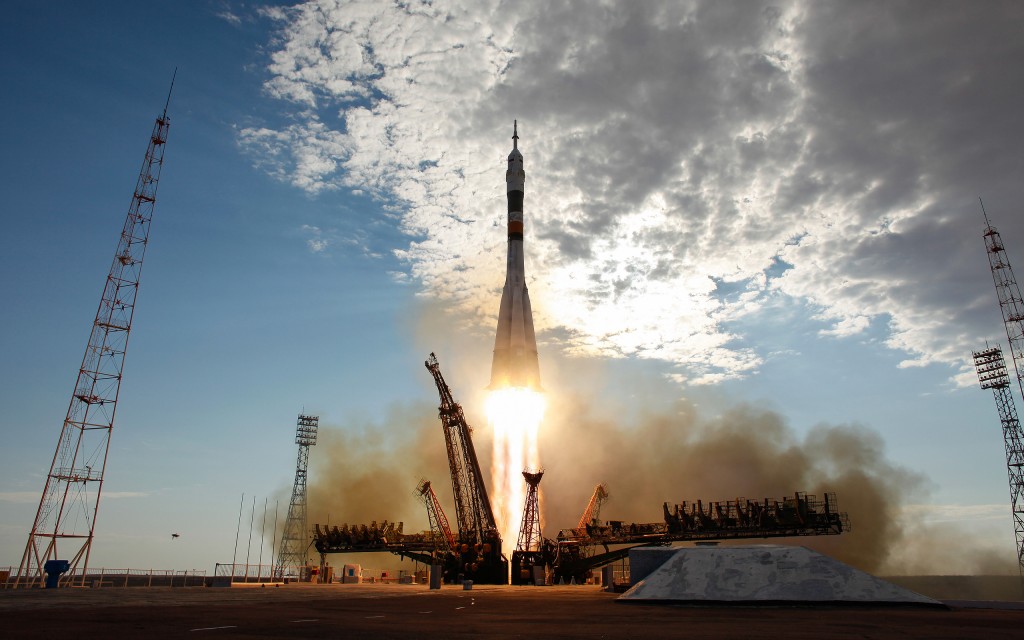 The International Space Station (ISS) will add three new names to its crew list as a Russian Soyuz rocket with three multi-national astronauts was launched on Sunday. The capsule is expected to dock on the station in less than 6 hours after the launch.

A Russian Soyuz capsule having commander Terry Virts (NASA), Soyuz commander Anton Shkaplerov (Russia) and Italy’s first female astronaut, Samantha Cristoforetti on board blasted off today from the Baikonur Cosmodrome in Kazahstan. The capsule’s destination is the International Space Station that floats about 418 km (260 miles) above Earth. Only 6 hours after the blast off, 5 hours and 52 minutes, to be more precise, the capsule is expected to dock on the station.

ISS is owned and operated by fifteen different nations and has an orbiting laboratory for life sciences, material research and some other technology experiments, taking advantage of the microgravity environment around it. The research laboratory (worth more than $100 billion) was low on staff members since the 9th of November, after cosmonaut Maxim Suraev(Russia) , astronauts Alexander Gerst (Europe) and Reid Wiseman (NASA) returned to Earth. They’re mission on the Station lasted for 5 and a half months.

The new crew will consider ISS a home for the following six months and they will be facing a lot of missions, including spacewalks that prepare the station for a new US fleet of commercial taxis. Although the taxis are expected to start flying crew members on the station in 2017, it’s never too early to start preparation in space.

Since Air Force pilot, Samantha Crisoforetti is the first Italian female astronaut to set foot on ISS, she was asked a lot of questions during a webcast press conference, prior to the launch, including things about what she has done for this step in her career.

responded Cristoforetti during the press conference, through a translator.

The capsule was launched at 4:01:00 PM EST and it arrived on the orbit at 4:25 PM EST. Virts, Suraev and Cristoforetti are going to join three other crew members, already on board of the station. Cristoforetti’s arrival also marks the first time in the station’s 16 year history when two women are onboard for long-term missions. The other female astronaut currently on board of ISS is Elena Serova (Russia).