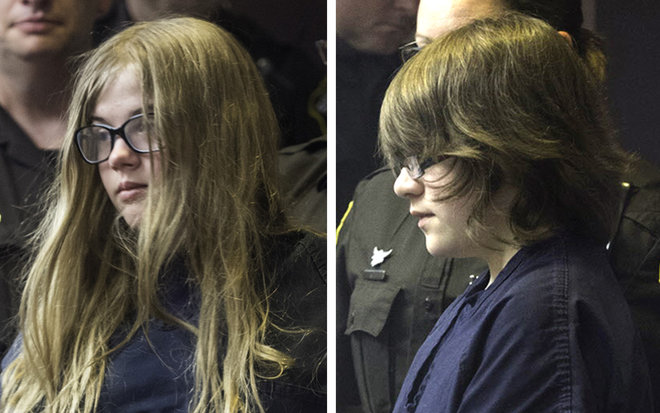 According to a state psychiatrist, one of the two girls accused of stabbing a classmate in the Slender Man case is legally competent to continue with her process in court.

Morgan Geyser and Anissa Weier, 12-year-olds were charged of trying to murder a classmate to please the fictive character Slender Man.

In a court hearing in August, a doctor from the Wisconsin Forensic Unit said Morgan Geyser claimed to hear and see things other people could not. She claimed she was able to see and hear characters such as Voldemort (antagonist in the popular Harry Potter series), unicorns and Slender Man. The girl also claims she has Vulcan mind control (like in Star Trek).

The two girls are charged for the same offence as adults. Anissa Weier was ordered in September to take a competency exam and will be scheduled for an examination of her mental status next month because two experts reached different conclusions about her competency. Both Morgan Geyser and Anissa Weier are charged with the stabbing of their classmate Payton Leutner on May 31 near a park in Waukesha in the woods a day after the three girls celebrated Geyser’s birthday with a sleepover.

The three girls attend Horning Middle School in Waukesha. The victim had 19 stab wounds but she recovered to go back to school in the fall.

Anthony Cotton, Geyser’s attorney said that while she was hospitalized at Winnebago Mental Health Institute she was kept under supervision by social workers, doctors and teachers and she was able to complete the seventh grade.

The attorney representing Morgan Geyser believes the girl is mentally ill and wants her case to be moved to juvenile court from adult. Last month, in a hearing, a doctor appointed by court found the girl to be competent in standing trial as an adult. Her attorney disagreed with the evaluation and she’ll be going back to court next month.