You are here: Home / Tech & Science / Scientists May Have Been Wrong About Higgs Boson 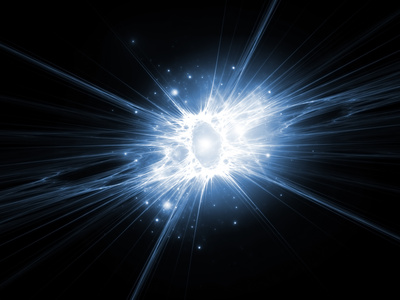 The entire scientific world was beside itself when CERN, the European Organization for Nuclear Research, announced the discovery of a new particle last year. The Higgs boson received a lot of praise, and it was postulated that it is because of it that other fundamental particles have mass.

Heaps of existing scientific data was scrutinized by the team of researchers, which published their results in the journal Physical Review.

Mads Toudal Frandsen is an associate professor at the Center for Cosmology and Particle Physics Phenomenology at the University of Southern Denmark. He is one of the team’s members and believes that the data collected at the CERN accelerator could have been obtained from several other particles.

According to the team’s study, CERN’s data is not precise enough to accurately determine which particle was analyzed. Their research can’t debunk the possibility that the Higgs boson was what CERN identified. What it does postulate is that such data may have stemmed from a variety of other particles.

“We believe that it may be a so-called techni-higgs particle. This particle is in some ways similar to the Higgs particle – hence half of the name,”

“A techni-higgs particle is not an elementary particle. Instead, it consists of so-called techni-quarks, which we believe are elementary.”

Such techni-quarks are able to bind together in different ways, creating the techni-higgs particles. Other combinations of the same quarks, however, form dark matter, Frandsen added.

However, there is one possible flaw in the research team’s theory. If these techni-quarks do indeed exist, there would have to exist a force able to bind them together. And neither gravity, nor electromagnetic force are strong enough to do so. Strong nuclear force and weak nuclear force are also unable of producing the bond required. So the research team postulated that there must be an undiscovered force of nature which they called the Technicolor force.