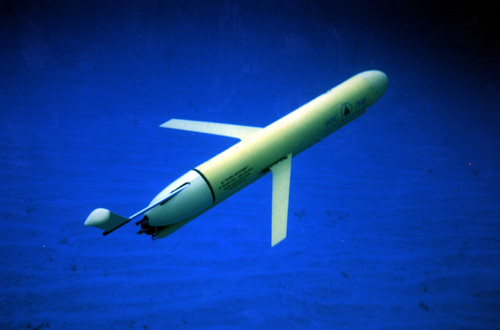 With the help of underwater robot gliders, researchers at the California Institute of Technology have put together the most detailed picture yet of what might be going on beneath the surface of the Southern Ocean. The fact that the ice sheet on the coast of West Antarctica has begun melting at unprecedented rates has been a priority for scientists lately. In fact in May, NASA glaciologists declared the catastrophic melt of the ice sheet to be “unstoppable.”

Released and controlled by researchers at the University of East Anglia in England and the California Institute of Technology, the robotic gliders are able to explore underwater for long periods of time, rising only periodically in order to beam back the collected data, regarding temperature, salinity or current movement, via satellites and cell towers.

It has been obvious for everybody that warmer ocean waters near the coast play a role in melting Antartica’s ice, but researchers nevertheless wanted to get a better read on how that water gets there and why. The underwater robots offered scientists a chance to find out, by tracking warm Southern Ocean waters on their elusive journey to the Antarctic coast. It turns out swirling, storm-like aggressive ocean eddies transport warm water from deep ocean currents towards the shallow surface waters of coastal Antarctica. Once delivered, these warm waters heat the polar ice sheets from below as the atmosphere melts the glaciers from above.

“Eddies are instabilities that are caused by ocean currents, and we often compare their effect on the ocean to putting a spoon in your coffee,” Andrew Thompson, assistant professor of environmental science and engineering at Caltech, explained in a press release. “If you pour milk in your coffee and then you stir it with a spoon, the spoon enhances your ability to mix the milk into the coffee and that is what these eddies do,” Thompson added. “They are very good at mixing heat and other properties.”

Thompson is the lead author of this new study, published this week in the journal Nature Geoscience.

When the gliders hit an eddy, the sleek yellow robots were often caught up in the powerful vortices: “You could almost know by where it came up that it had hit this anomalous region,” Thompson told Live Science. “The glider would go down and end up in a quite different place.”

The next step of the study needs to find out what happens when heat reaches the grounding line, the spot where glaciers transfer their weight from the continent to the ocean. This is where most of the melting takes place, Thompson explained.