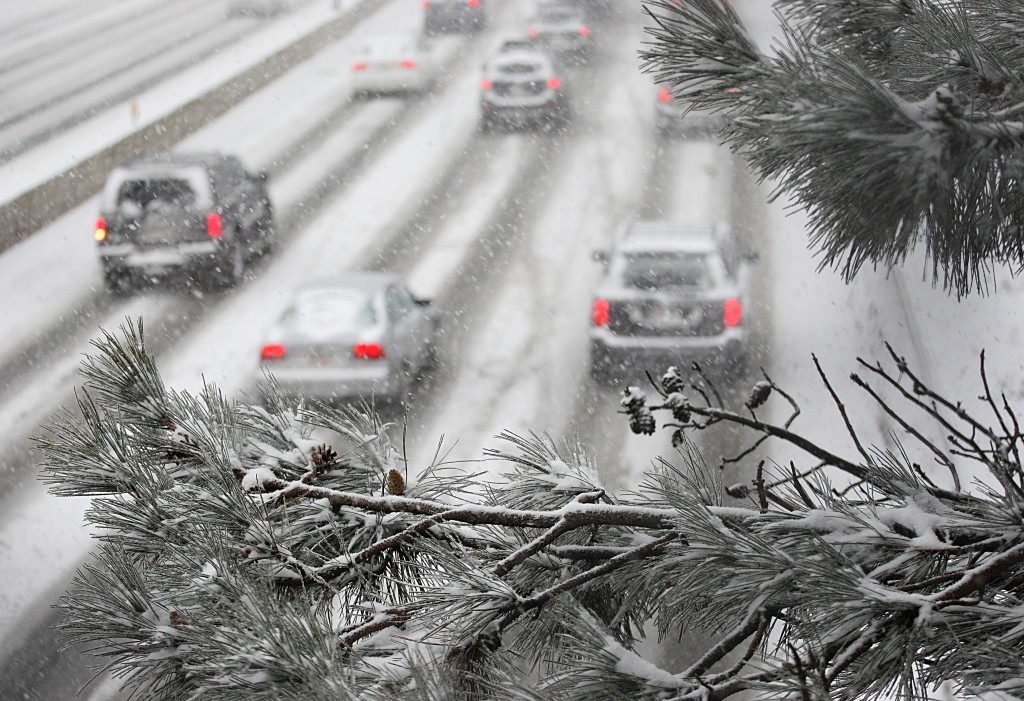 The New York State Thruway Authority has issued a ban against tandem vehicles on NYS Thruway, from Rochester West Dunkirk, on Lake Erie as New York’s first big snow storm of the year is expected. The ban starts Tuesday at 6 a.m.

Several areas of New York State will face the season’s first lake-effect snow storm of the year, with snow measured in feet, not inches. One foot to three feet of snow will cover the southwest of Buffalo and can reduce visibility to zero. Drivers are advised to either stay at home or be very cautious.

A lake-effect snow storm happens when cold winds blow across the surface of warm lake water. The wind then picks up water vapor that freezes in contact with the cooler atmosphere and are deposited downwind, in this case, on Thruway.

The lake-effect snow warning has been issued by The National Weather Service from Monday to Wednesday, across the regions of Erie, Genesee and Wyoming. A similar warning is in effect for Lewis, Jefferson and Oswego counties.

Thruway Interstate 90 is not the only road that faces restrictions, as other major highways in the Buffalo area have been closed. Several schools have cancelled their classes to avoid getting kids out in the cold and dangerous weather.

The National Weather Service forecasts that the lake-effect storm will last until Wednesday for areas east of Lake Ontario and the western part of New York.

A number of 410 snowplows and 1,018 operators and supervisors have been deployed by The State Department of Transportation to work during the storm. Another eight plows and 36 operators along with supervisors are going to be deployed from around the state to help the situation in western New York.

“Travel will be difficult and dangerous, and although New Yorkers should avoid unnecessary trips, I urge those who must drive to exercise great caution,”

Cuomo is also advising drivers to be cautious when driving near snow plows and to not try passing one, as the road ahead of a snowplow is covered in snow. Also, roads that are in the immediate vicinity of water sources will be most likely covered in ice so drivers should adjust speed to the weather conditions.

Drivers should equip their cars with sand, shovels, tire chains, ice scrapers, blankets, one or more flashlights and an extra set of warm clothes. You should never venture away from your vehicle if you get snowbound.