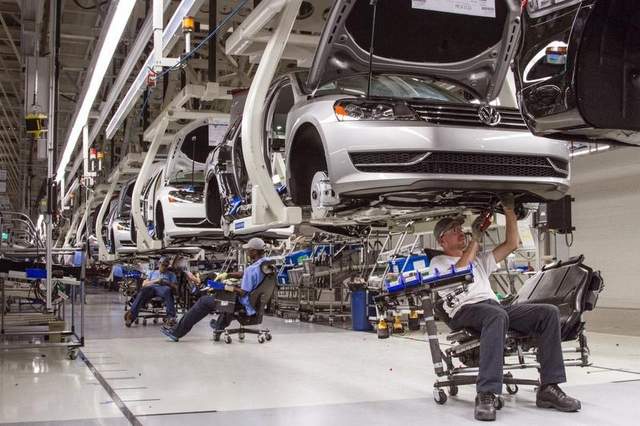 According to statements made by the UAW on Monday, things are looking bright for plant workers. A policy change intended by Volkswagen could make it possible for the United Auto Workers to become the first union bargaining for employees at a foreign automaker in the South.

Last spring, the union reached an agreement with Volkswagen. In a quid-pro-quo arrangement, UAV agreed to cooperate with Volkswagen’s efforts of obtaining the new SUV in Chattanooga production and to drop its National Labor Relations Board challenge of a union vote if Volkswagen committed to recognizing the UAV. If the automaker recognizes UAV, it would finally have the authority of bargaining on behalf of members and non-members alike.

According to Tennessee’s right to work laws, a worker cannot be forced to join a union, the UAW said, however, more than half of eligible workers have already signed up.

The February vote that the UAW agreed to drop lost the contentious union election at the VW plant, with a vote of 712-626. Republican politicians repeatedly warned that the union imperiled the $300 million in incentives for expansion it had won.

The state’s $300 million incentive package was offered to Volkswagen and warned that the money was dependent on labor talks. It seemed that it the transaction would only be concluded “to the state’s satisfaction”, although no scenarios meeting this satisfaction were described.

Curiously, there are many workers opposing the union. They formed the ACE (American Council of Employees) hoping to prevent the UAV from receiving Volkswagen’s recognition. These workers accuse the UAV of exaggerating its membership in Chattanooga and announced that Volkswagen might recognize multiple groups if enough hourly workers sign up.

They explain that while a brief period might exist where the organization is recognized as a members-only union, what matters is who reaches the 51 percent first.

“And that will be game over for the UAW.”

Mike Burton, the secretary of the rival group, said.

Volkswagen decided in July on a $600 million investment to expand its plant in preparation for the new seven-seater SUV it plans to build. At the same time, it wishes to create a works-council to represent salaried and blue-collar workers alike, however, it must work with an independent union to achieve this goal.