You are here: Home / Business / Pizza Hut Menu Expansion: Craft Your Own Pizza 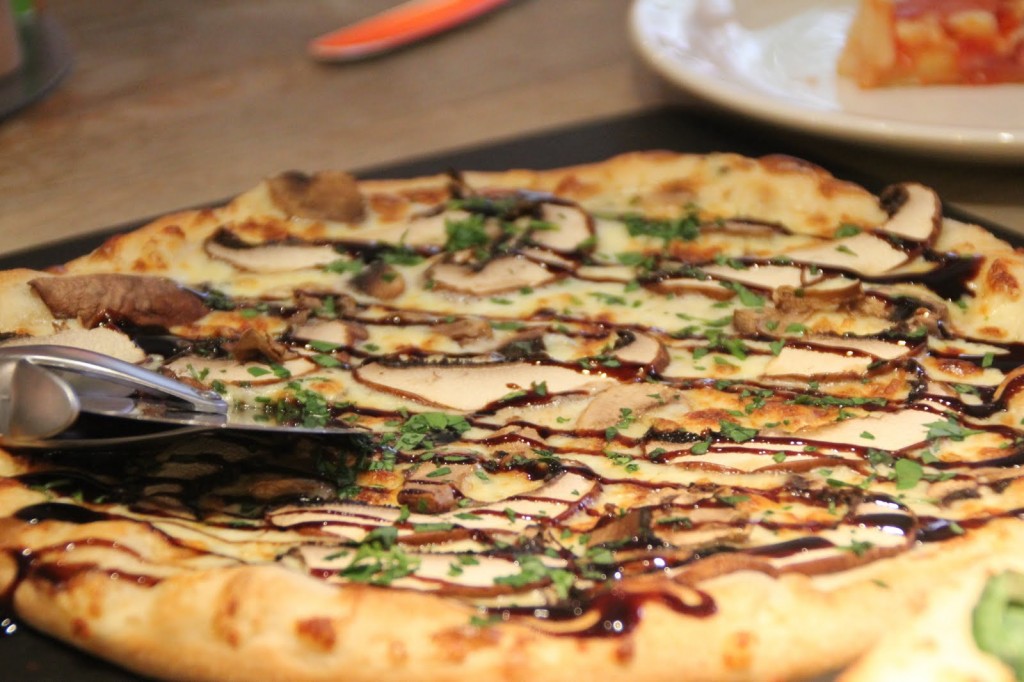 Pizza Hut customers can play mad scientist with their food, as the franchise is now giving them the possibility of creating their own pizza. Whether pies with honey Sriracha sauce or curry flavored crust with balsamic drizzle, everything is permitted.

These peculiar flavors are just some of the new ingredients that Pizza Hut is adding to its menu, which is going to be announced on Monday and be available in stores on the 19th of November. This revamp, executives hope, will cause a major jumpstart in sales.

The company has also updated its logo and has introduced new, more relaxed worker uniforms to go along with the rest of the changes.

The Texas-based franchised owned by Yum Brands Inc. has experienced a decline in sales for eight consecutive quarters at several locations, even though rivals such as Papa John’s and Domino’s experienced gains. Consequently, to ensure that it reenters the growing trend, Pizza Hut decided to give its customers the greater flexibility of tailoring orders exactly as they want them.

And while franchises such as Subway have had tremendous success with completely customizable menus, even McDonald’s (a fast-food chain whose popularity is mostly due to its consistency) decided to test a format in California where customers can build their burgers by choosing from a variety of buns, toppings and patties.

Pizza Hut will keep its most popular pies still on the menu. The Meat Lover’s and Veggie Lover’s pizza are still favorites with the public, while 11 new specialty pies and section of what they call “Skinny” pies (low calorie options) will be added.

Apart from these sections, the custom design pies will be available at no extra cost.

The base sauce will be available in six different options, including marinara, garlic parmesan and honey Sriracha. Drizzles and brushes will also be available, such as balsamic or buffalo. New toppings will also be added, from banana peppers to spinach and cherry peppers, while standard toppings are being renamed to make them more appealing. Black olives will therefore be named “Mediterranean Black Olives” and red onions will be named “fresh red onions”.

“It’s a signal to America there’s a big change at Pizza Hut,”