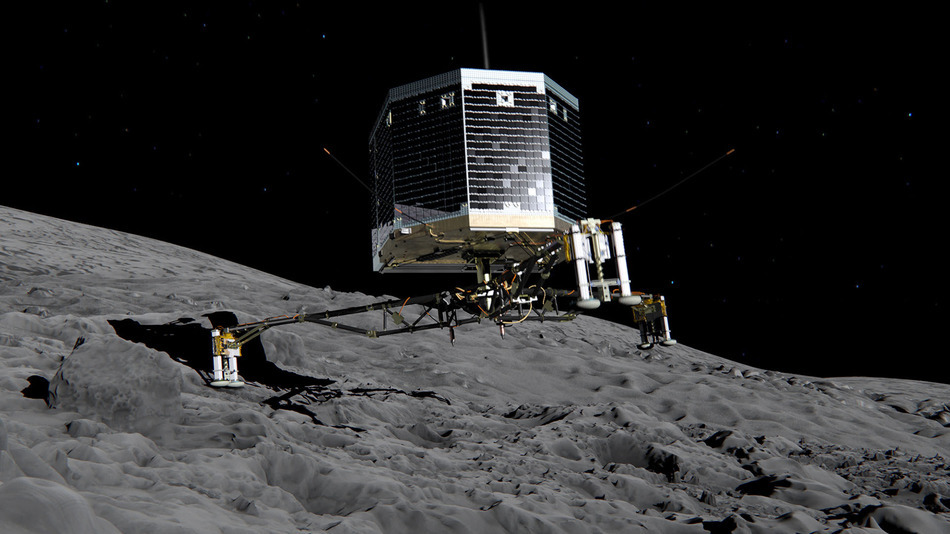 The European comet lander known as Philae has detected organic molecules that contain the element that is the basis of life on Earth and that element is carbon. The Philae made the discovery before its battery ran out and the lander had to shut down.

The German scientists who are in charge of the Philae comet lander said that they do not know for sure if the organic molecules found on the comet contain the complex compounds that are the base of proteins. One of the main purposes of the mission was to discover whether the carbon-based compounds were brought to Earth by comets, thus leading to the creation of the earliest forms of life on our planet.

Philae landed on the comet called 67P/ Churyumov-Gerasimenko after 10 years of travelling through space. Philae was aboard the Rosetta spacecraft and its mission was to uncover the mysteries behind the formation of the planets and maybe to find out how life evolved.

The mission on the comet’s surface lasted 57 hours before the battery ran out. Fortunately, the comet lander was able to radio back data from a series of experiments.
Comets date back to the formation of Earth’s solar system and inside them there are ancient organic molecules trapped like inside a time capsule. Scientists are trying to uncover the mysteries of life evolution on Planet Earth by sampling some of the comets’ surface.

Philae has a special instrument called the COSAC which can analyze the gas and the atmosphere on the comet and detect any organic molecules. The lander drilled holes in the comet’s surface to see if it can find any organic molecules, but it’s not clear yet if the lander was able to send the samples for analysis before its battery ran out.