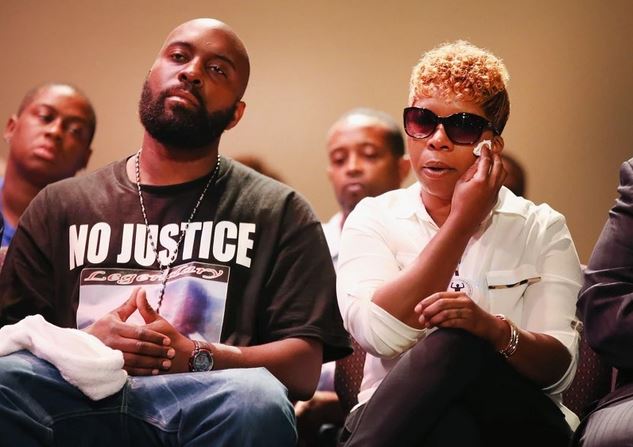 After fervent protests in Ferguson, the parents of Michael Brown Jr. and Trayvon Martin (the two black teens killed in distinct shootings by white police officers) comfort one and other at a South Florida vigil. Parents of killed black teens have had countless reasons to criticize police work until now, however, the cases involving Brown and Martin sparked nationwide protests based on racism accusations.

“I just tried to encourage him and let him know that God has his hands on the situation, and he’s gonna be OK,”

Martin told reporters, adding that he wanted to offer Brown Sr. some hope.

Michael Brown was an 18-year-old teenager who was shot in August by a white police officer. Brown was unarmed when he was killed. Trayvon Martin lost his life in 2012, when a neighborhood watch volunteer killed him.

Fulton told reporters that there was nothing to be said or done. Such wounds only heal over time and, as such, encouragement is the only possible aid that one can offer.

In both Brown’s and Martin’s case, the killer was not convicted for murder. George Zimmerman, the neighborhood watch volunteer who killed Martin was declared not guilty, while a grand jury just announced that Darren Wilson, the police officer who fatally shot Brown, would not be indicted.

In the meantime, protests in Ferguson continue peacefully since Thanksgiving, after the grand jury decided not to indict Wilson. No arrests were made, police said, despite the full-scale protests.