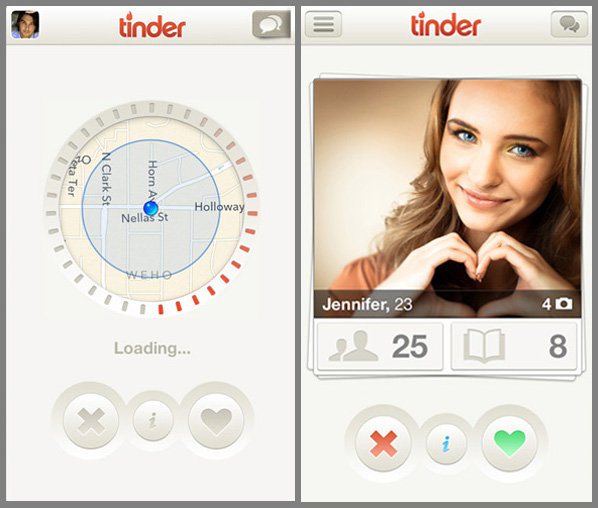 Usage statistics reports published by Facebook and Tinder reveal some interesting information. Apparently, people spend more time swiping left and right on their Tinder accounts, than they do checking their newsfeeds or stalking their Facebook friends. Tinder has been around for a while, but its popularity has sky-rocketed in the past few months. Some call it the rising star in the world of internet dating because it uses a very simple and efficient system.

You can simply check photos of other singles that are located near you. The user simply swipes through different profiles (left or right) to like. When two “Tinders” mutually swipe each other’s profile pics to the right, the two can start chatting.

At the moment, Tinder has roughly 14 million users. This may sound like an insignificant number compared to Facebook’s 1.35 billion individual users every month. However, Tinder users spend more time using the dating app than they do on Facebook. According to reports, the Facebook user spends around 40 minutes on the network every day, while Tinder users spend around 90 minutes to sort through the attractive (and less attractive) dating potentials.

Because the search will help you discover singles near you, users are motivated to spend around 8  minutes per session (7.2 minutes for men and 8.5 minutes for women). Reports also show that a user logs on approximately 11 times a day, on average. This information might mean that several Tinders are addicted to the idea of finding a match.

Unlike other dating services, which pray on the innocent and seek to capitalize on them, Tinder offers a simple and effective method of finding a decent person to date.

“When was the last time you walked into a bar and someone said ‘Excuse me, can you fill out this form and we’ll match you up with people here. That’s not how we think about meeting new people in real life.” – Sean Rad, co-founder & chief executive of Tinder

Some critics contest the effectiveness of Tinder, and say that it is more shallow than its rivals (example: OKCupid, Plenty of Fish etc.). Rad disagrees. He believes that photos are worth a thousand words.

‘There is this idea that attraction stems from a very superficial outlook on people, which is false. Everyone is able to pick up thousands of signals in these photos. A photo of a guy at a bar with friends around him sends a very different message than a photo of a guy with a dog on the beach.”