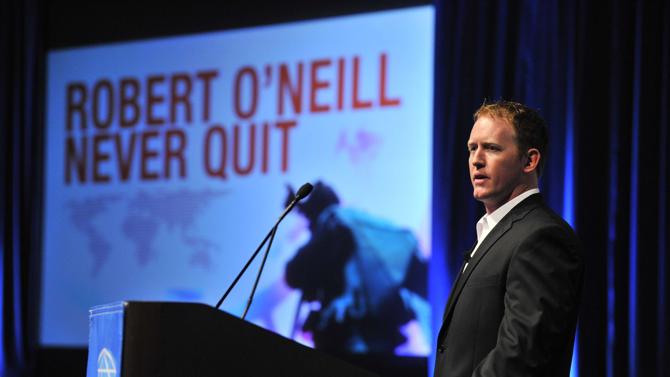 It was only yesterday that former Navy SEAL Rob O’Neill came forward and claimed responsibility for having fired the gun that killed Al Qaeda leader, Osama bin Laden in 2011. Now, the public and very disturbing squabble among US Navy Seals over what happened during the raid on Bin Laden’s hideout and over whether they had been entitled to disclose such information has taken yet another turn.

Robert O’Neill now insists that it is of no consequence who shot Bin Laden at close range during the raid on his compound in Abbottabad, Pakistan.

“The most important thing that I’ve learned in the last two years is to me it doesn’t matter anymore if I am ‘The Shooter.’ The team got him,”

This is surely going to be a breaking point in Mr. O’Neill’s upcoming interviews, where reporters are bound to pin him down.

Next week, FoxNews is going to have O’Neill over for a two-part interview where, as they claim, never before shared details will come to light. The planned presentation is going to include O’Neill’s experience in confronting the 9/11 mastermind and an accurate description of the terrorist’s final moments.

After O’Neill disclosed his involvement in Bin Laden’s killing, many high-rank Marines stepped forward, accusing him of breaking rank. It seems only just that the special forces operators who are trained to be silent, forever lurking in the shadows, should never pup up publicly and use their actions as a means toward financial gain.

“Violators of our Ethos are neither teammates in good standing, nor Teammates who represent Naval Special Warfare. We do not abide willful or selfish disregard for our core values in return for public notoriety and financial gain, which only diminishes otherwise honorable service, courage and sacrifice.”

And although recent criticism may have caused O’Neill to dial back just a bit, the real story of Bin Laden’s killing can’t have forever gone back to Abbottabad’s dirt. And if some day, an anonymous “point man” comes forward and tells a different story, O’Neill will surely no longer have the last word.