You are here: Home / Business / The Battle of Mobile Payments will be Decided by Consumers 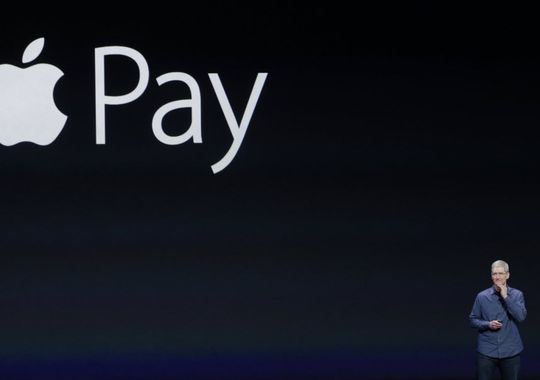 Two pharmacy chains decided to disable their Apple Pay option in their stores. This was the first sign of an upcoming battle that is coming in the world of mobile payments. The battle line between QR code-based apps and options such as Google Wallet or Apple pay has been drawn.

One one team we have huge retailers like Walmart and CVS who have agreed to implement Merchant Consumer Exchange’s (MCX) QR code-based app. On the other team we have near-field communications (NFC) options like Google Wallet or Apple pay.

Both teams are very strong. MCX has approximately 50 retail partners including Target and Best Buy, which process roughly one trillion dollars in annual sales. The Apple Pay feature also has a great catch: its system is extremely simple. All you have to do to use it is to place your iPhone 6 (assuming you have one), hear a NFC device. That is all. The service saw 1 million credit cards enrolled in the first 72 hours since it was released.

Experts and analysts still believe that there is a more powerful force than retailers and companies: consumers.

“This skirmish will go on for a while, but ultimately it seems shortsighted to tell customers that you can’t use their competitor’s alternative. The baseline really is the credit card. The process of using one is still very easy, so everything compares to that.” – Matt Schulz, industry analyst

Another analyst, Tom McCrohan from Sterne Agee, acknowledged the power of the MCX group but he believes that all retailers should offer the NFC option to clients, or they might risk “losing customers. If McDonald’s offers Apple Pay, do you think Burger King won’t want to?”

Retailers prefer the MCX payment method because credit card companies cut into the retailer’s profits to add an extra 2%. This is often the very margin at which some stores operate.

“The things (retailers) are considering (with mobile payments) are security, costs and flexibility and any system will have to balance all three.” – Mallory Duncan, National Retail Foundation

CEO of Thanx, Zach Goldstein also believes that the risk of losing clients over a clunky mobile payment is not an option for companies.

“Friction is a challenged with many loyalty programs, and if a customer forgets about you often there’s little you can do to get them back. The math all retailers will be doing is, is it worth saving money on credit card fees at the risk of losing a customer who thinks your mobile payment is too cumbersome?”

The decision is not yet clear for many retailers and companies, but the fact of the matter is that clients will be the ones to decide which payment suits them best. Businesses will simply have to accept the reality and offer what clients need.