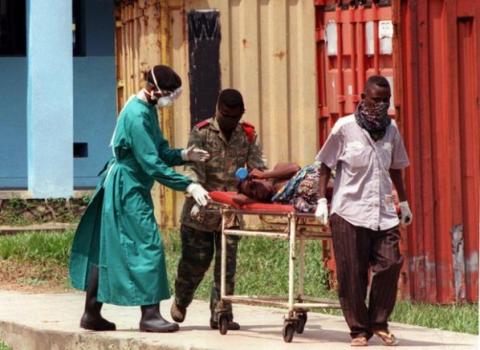 After its brush with Ebola which started last month, Mali is about to release 108 people who had been quarantined in an effort to contain the outbreak.

Everything began when a woman attempted to rescue her two granddaughters from the hemorrhagic fever by bringing them from Guinea, the epidemic’s cradle, to Mali. The 700-mile ride aboard buses and taxis back to the woman’s home in Kayes, however, exposed countless people to the disease. And despite the grandmother’s efforts, Fanta Conde, the woman’s 2-year-old granddaughter, developed a 104-degree fever as well as an uncontrollable nosebleed and died.

The Centers for Disease Control and Prevention and the WHO aided the Malian Health Ministry in tracking down the potential contacts of the infected girl. They isolated 108 people in two cities and a few towns. All of these people are scheduled to be released: 41 by Tuesday and the remainder by Friday.

Mali’s government is convinced that it’s because of this quick reaction time that the country did not find itself amid an outbreak such as other Western African Countries. Senegal and Nigeria have also experienced similar events and suggest that rapid reaction can indeed control the deadly disease.

“If all goes well, by this Saturday all 108 contacts we were following up will be safe and will have completed their 21 days,”

Surprisingly, none of Fanta’s contacts are sick, authorities say. Not even her sister or grandmother who came in close contact with the girl while traveling all the way from Guinea back to Mali. Nor her doctor, two traditional healers, nurses or other healthcare workers who attended to Fanta before she passed away.

Even in the face of such a scare, Mali has not closed its borders to Guinea as other West African countries have done. Whether because of practical reasons (the many roads crossing the border which make such a travel ban impossible) or because of the principle of diatiguiya (a Malian principle stating that hospitality to friends and strangers is mandatory), the borders have remained open.

“We need to remain vigilant and to strengthen surveillance and the capacity to respond to any new cases that might come in as Mali shares an 800-km border with Guinea,”

On the 6th of December, Mali will be declared Ebola free, after twice the maximum incubation period for the disease.