You are here: Home / National News / Immigrant Smuggling Law Struck Down by Judge 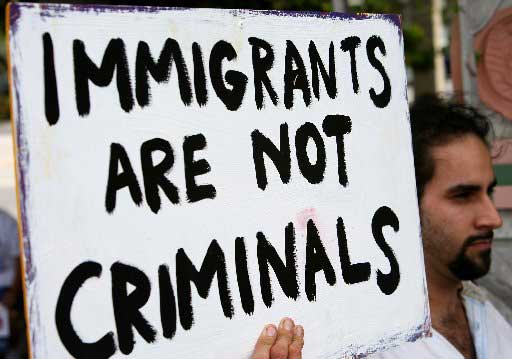 Claiming that it was trumped by federal statues, a federal judge finally struck down Arizona’s 2005 immigrant smuggling law.

The ruling was handed down on Friday by US District Judge Susan Bolton. It marked the most recent in a series of restrictions that courts enforced on Arizona’s efforts of getting local police to confront illegal immigration

In her ruling, Judge Bolton explained that such a state law deprives federal authorities from prosecuting smuggling crimes, which is their exclusive right.

Both the US Justice Department and Gov. Jan Brewer’s office had pressed the challenge on behalf of president Obama’s administration.

The 2005 immigration law was passed in Arizona after voters became overly frustrated with the state’s position as the nation’s top immigrant smuggling hub at the time. It also represented the state’s second major immigration law. In 2010, lawmakers adopted a broader law that mandated police to perform immigration verifications in certain cases. This law served as inspiration for Alabama, Georgia, Indiana, South Carolina and Utah.

And although it did not seem as bad at first, the immigration law came under harsh scrutiny after over 2,000 immigrants who had paid to be smuggled into the United States were charged with conspiring to smuggle themselves across the U.S. border. It is then that critics began explaining their views, claiming that the law had not been intended for the customers but for the smugglers.

In 2013, a different federal judge analyzed the situation and barred the tactic. His ruling stated that such a policy was criminalizing actions that would have otherwise been treated as a civil matter by federal law. Later on, county officials dropped their appeal of the ruling.

Although Bolton’s decision of striking down the smuggling law represented a part of the Obama’s administration’s challenge of 2010, a coalition of civil rights groups is now pushing a separate challenge to a 2010 federal law in court. It made a minor change to the 2005 statue.

And while the state’s immigration policies have been shelving up, courts are still upholding some of Arizona’s policies, such as the part of 2010’s immigration enforcement law, which mandates police to check people’s immigration status under specific circumstances.