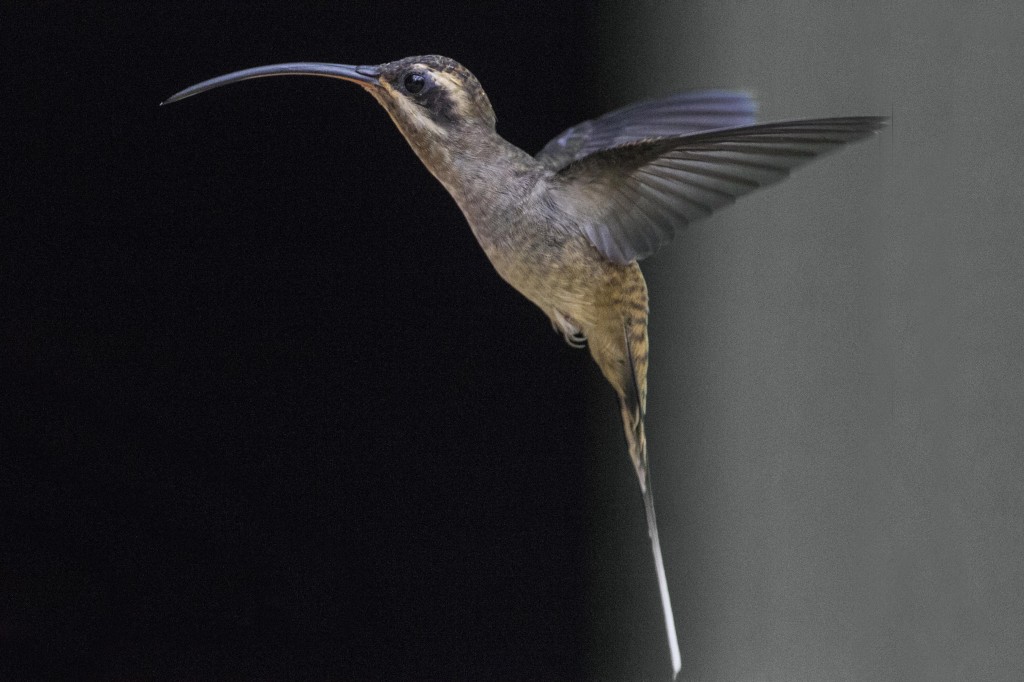 The reason is highly intuitive – male hummingbirds fight for females. Previously, researchers believed that the different male and female bill size is a mechanism to avoid competition by searching different flowers. Bird beaks are a key example offered in lectures on natural selection. But the discovery that male birds use their beaks during fights will alter established theories regarding the role of the bony structure in other bird species as well.

Alejandro Rico-Guevara, University of Connecticut, and Marcelo Araya-Salas, New Mexico State University, researched the Long-billed hermit, a species of hummingbird with a lek mating system – basically males competing to impress females. After following 5 leks during 4 consecutive years, they reached the conclusion that the size of the bill is related to their sexual behavior.

“But we show here the first evidence that bills are also being shaped by sexual selection through male-male combat,” says Alejandro Rico-Guevara, research associate in the Department of Ecology and Evolutionary Biology and lead researcher on the study.

Animals with complex social lives often surprise researchers. “It is exciting to think of all these forces working on the way animals look, and to think about how they might affect males and females differently,” Rico-Guevara added.

The physical difference between males and females starts when the birds reach puberty. Males grow beaks with longer and sharper tips, which come in quite handy during fights. Males with better weapons have higher chances of defeating their opponents and protecting their territory.

“Once a female is in a territory, the male will court her with elaborate displays and songs. So in these species the males are constantly fighting to maintain the best territories,” explains Rico-Guevara. This researcher deliberately planned to tear apart the hummingbirds’ heavenly image.

“I think people initially think of them as beautiful, delicate creatures,” he says, “but I enjoy revealing their pugnacious attitudes.” But there’s a good reason for that. During fieldwork, they observed males who went right to the necks of their opponents. Flapping colorful wings at rapid speed is fascinating, but stabbing is not cute.