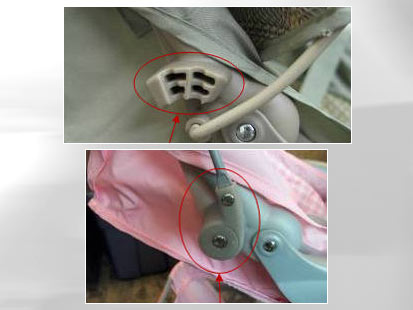 Over five million baby strollers are being recalled due to fingertip amputation Hazard. Graco strollers may lead to your baby’s fingertip being cut off.

Graco, a child product manufacturer, is calling back all the strollers that are still on the market right now, in North America. Eleven of its most popular stroller models have a production flaw that might end up with the amputation of a child’s fingertip.

The Consumer Product Safety Commission have announced that six kids have already lost one of their fingertips, while four others have suffered a partial fingertip amputation, all due to an issue regarding the external sliding fold lock hinge. The company received 11 reports but one child was cut. Further information about the children or the reports was not made public.

All the eleven models that have the flaw are: Aspen, Capri, Breeze, Cirrus, Glider, LiteRider, Kite, Sierra, Sterling, Solara, and TravelMate Model Strollers and Travel Systems. The models involved are single-occupant strollers – double-occupant strollers do not have this problem – and have a lock hinge on each side along with a one-hand fold release mechanism on the handle.

The strollers were manufactured from the 1st of August in 2000 to the 25th of September, this year. They could be bought at Toys R Us, Target Wal-Mart or online. Over 4.7 million strollers have been sold in the United States until now.

Parents that already purchased one of the affected stroller models are advised to either call the Greco stroller company at 800-345-4109 (Monday to Friday from 8 a.m. to 5 p.m. EST) or e-mail them via the Graco website and ask for a free repair kit. The kit includes covers for the hinges.

Caregivers are warned that if they continue using the strollers before receiving the repair kit, they should be extremely cautious when folding and unfolding the stroller.

“Parents are advised to immediately remove the child from a stroller that begins to fold to keep their fingers from the side hinge area,”

stated the company in its recall notice.

The hinges should be firmly locked before placing the child into the stroller, to avoid any accidents.