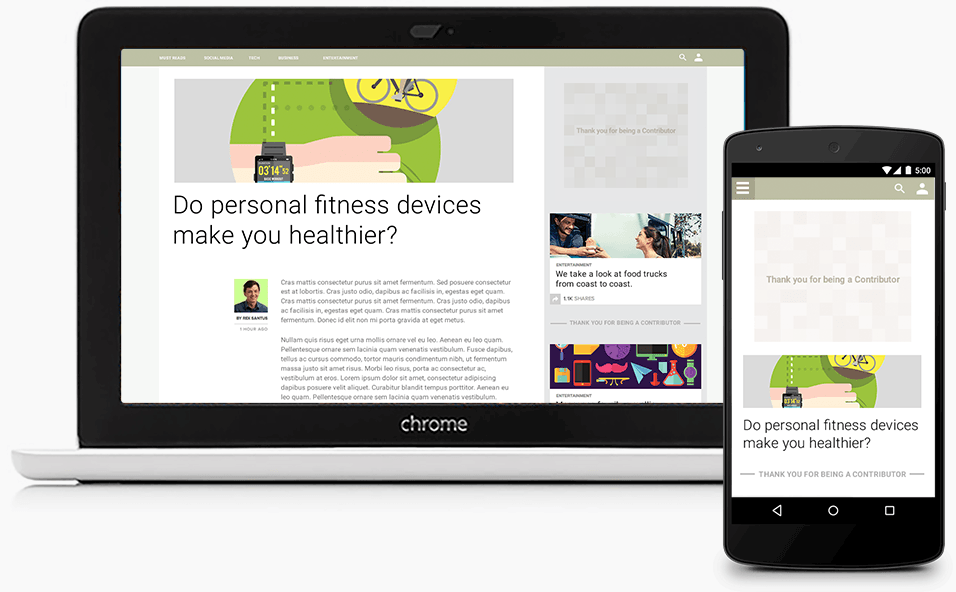 Keeping the Internet alive requires tons of money which are usually obtained through ads. Banners and other forms of ads are a necessary evil, from a general point of view. So what if you could choose to support a certain website in a more direct manned while getting rid of ads on the way?

As one of the biggest players in the industry, Google is fully interested in creating alternative ways of producing revenue. Now, the company set up a new service called Google Contributor. Basically, the service will put websites and users in a direct monetary relation.

Through Google Contributor, a sort of subscription model, you can donate a certain sum which will end up with the websites you visit. In exchange, you will not see ads from Google on those websites.

Unsurprisingly, you’ll need an invite to use the system, which is still in beta. Yes, waitlists are the new fad. Google mentions a couple of websites already involved in the project: Urban Dictionary, The Onion, Mashable, WikiHow, and Imgur. Although Google says these are just few of the partners, we have no idea yet who else decided to join in.

For $1 to $3 per month, those pesky ads will go away. We expect Google to keep a percent of the money, but at the moment there is no clear info on the matter. This is how Google explains it:

When you visit a participating website, part of your contribution goes to the creators of that site. As a reminder of your support, you’ll see a thank you message – often accompanied by a pixel pattern – where you might normally see an ad.

So the page layout does not undergo dramatic changes. However, once more websites decide to ride the wave, we might see a different layout adapted in such a way that paying the money actually translates in a better experience. Until then, for numerous content creators, Google Contribute could turn out to be a great second source of income, besides Ad Sense.

According to Google’s third quarter financial report, Ad Sense brought the company $15 billion. Google Contributor may get a slice from Ad Sense from now on, but that may change. Contributor starts as an experiment, so Google decided to partner up with lower traffic websites, although Mashable is not quite small.

Will you apply for an invitation?