You are here: Home / Health / Florida Mother Survives 45 Minutes without a Pulse 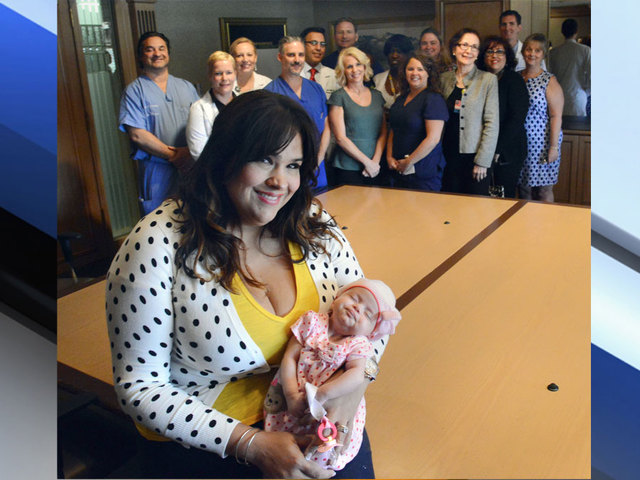 A routine cesarean section came with severe complications for a Florida mother who was pulseless for 45 minutes. Less than a month later, the mother is now home and caring for her new infant.

The woman experienced a rare complication of a cesarean section: an amniotic fluid embolism. According to a spokesman for the Boca Raton Regional Hospital, the team of medical workers caring for the Florida woman spent three hours attempting to revive the mother. More than a dozen doctors and nurses had been continuously working to revive the woman.

It’s a story from the miracle book: just as the doctors were preparing to pronounce the death of the new mother, a bip on the monitor indicated a heartbeat, Thomas Chakurda, the spokesman in question, said. What is more curious is that the woman suffered no brain damage despite her being without a pulse for 45 minutes.

“There’s very few things in medicine that I’ve seen, working in the trauma center myself and doing all the things that I do, that really were either unexplainable or miraculous,”

The ordeal occurred on the 23rd of September. Doctors had actually called the family of the woman in to the operating room to inform them that there was nothing more that they could do for Ruby Graupera-Cassimiro, the 40-year old woman.

“We had called a code that lasted for three hours. She essentially spontaneously resuscitated when we were about to call the time of death,”

Graupera-Cassimiro gave birth to a beautiful, healthy daughter before the amniotic embolism occurred. An amniotic fluid embolism takes place when the fluid enters the bloodstream and reaches the heart and stops circulation. More often than not, the condition is fatal.

A month later, she returned to the hospital for a reunion with the medical staff responsible for keeping her alive.

“Today she is the picture of health,”

Chakurda said, speaking of Graupera-Cassimiro’s case as “divine providence” not just because of her survival after 45 minutes of pulselessness but also because of the lack of brain injuries after such a prolonged period of hypoxia.