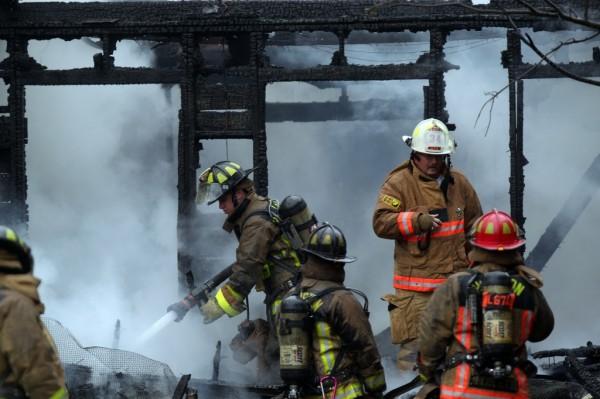 According to a new research, sleep disorders like sleep apnea, insomnia, shift work disorder and restless leg syndrome are common among firefighters. Furthermore, the study conducted by the researchers at the Brigham and Women’s Hospital (BWH) explained  that because of the fact that firefighters are at higher risk of sleep disorders, this can lead to poor health and increased risk of motor accidents.
The U.S. Centers for Disease Control and Prevention (CDC) indicates that about 25 percent of Americans complain of occasional sleeping disorder, while about 10 percent of the U.S. population suffers from chronic insomnia, or sleeplessness. The researchers observed the presence of sleep disorders and their related adverse health and safety outcomes in approximately 7,000 firefighters from 66 different fire departments across the United States. The firefighters were evaluated for common sleep disorders and other health issues as well. The participants were also asked about their likelihood of falling asleep at the wheel, their involvement in car accidents, as well as any injuries or close calls they had while driving. Of all the firefighters included in the study, 37 percent were diagnosed with a sleep disorder.

“Our findings demonstrate the impact of common sleep disorders on firefighter health and safety, and their connection to the two leading causes of death among firefighters,” comments Laura K. Barger, Brigham and Women’s Hospital’s Division of Sleep and Circadian Disorders associate physiologist. “Unfortunately, more than 80 percent of firefighters who screened positive for a common sleep disorder were undiagnosed and untreated.”

The study published in the Nov. 13 issue of the Journal of Clinical Sleep Medicine, did find an association between sleep disorders and certain health problems in firefighters, but it failed to prove a cause-and-effect relationship.

Firefighters with sleep disorders also had a higher prevalence of conditions such as cardiovascular disease, diabetes, depression and anxiety. “Occupational sleep disorder screening programs can identify individuals who are vulnerable to adverse safety and health consequences, including those that are leading causes of death in firefighters,” said Charles Czeisler, chief, BWH Division of Sleep and Circadian Disorders. “This study provides the rationale for further research evaluating the effectiveness of occupational sleep disorders management programs on disease risk, mental health and safety outcomes.”