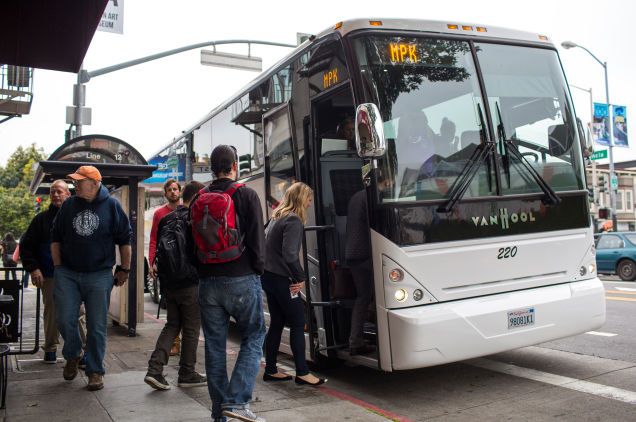 Private bus drivers who take Facebook employees to and from the Menlo Park campus have agreed to unionizing. Drivers voted 43-28 to join Teamsters Local 853. Shuttle bus drivers who schlep Facebook employees to and from Silicon Valley began voting on Wednesday regarding their forming a union, arguing they have an archaic relationship with the tech giant, comparing their situation to nobles and servants.

The 87 drivers employed by Loop Transportation, Facebook’s shuttle bus contractor requested some common sense changes. In addition to increased wages, drivers seek enhancements regarding their schedule, which they say often requires them to begin work at 6 a.m. and end their shift at 9:45 p.m., with up to six hours of unpaid time in between.

“We can’t continue 16-hour days, having drivers sleeping in the cold in their cars while we wait five hours to be able to start our next shift. It’s inhumane,”

Cliff Doi, a Loop Transportation driver, said in a statement.

“With our union, we can find solutions to these problems.”

Protesters, many of whom were older men with gray beards, pumped their fists to beeping horns in front of the Facebook “thumbs up” sign in Menlo Park. Some held signs that read “Dear Mark Zuckerberg. Facebook drivers need you.” However Facebook has indicated in the past that the issue isn’t with Facebook, it’s with the company the drivers work for.

“Of all the industries in the world, the tech industry can afford to compensate those that help make them successful.”

Moreover the tech industry in Silicon Valley has been criticized previously for its policies on using contract staff in functions like security guards, janitors and cooks. To set out an example, Google for instance announced recently it had decided to have security guards on its payroll, rather than have them placed by a contractor. This is probably what the Facebook drivers secretly wish for.

In the meantime on Wednesday, Derecka Mehrens, executive director at Working Partnerships, emphasised the fact that the drivers are part of the invisible workforce that makes Silicon Valley run.

“They are members of our communities that work hard every day, but live in poverty, and the business model of tech companies like Facebook counts on that.”