You are here: Home / Technology / EU Parliament Urges Regulators to Break Up Google 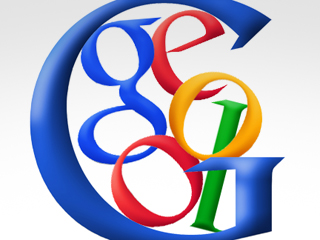 Google was directly challenged on Thursday when members of the European Parliament assembled in Strasbourg to vote on a measure requiring that search engine commercial services and businesses become separated. The European Parliament has shown its resolution to maintain its protectiveness of the domestic internet industry when, on Thursday, it voted on a motion asking regulators to break up Google. This motion is one of the EU Parliament’s clearest messages that anti-monopoly sentiments, especially when powerful U.S. tech giants are concerned, are widespread.

The vote itself is without immediate impact, however, it does raise warning flags. It was approved with a crushing majority: 384 votes to 174 and 54 abstentions. Granted, the motion did not mention Google as a specific search engine, although it represents the dominant provider of search services in Europe.

Co-sponsoring the bill is Andreas Schwab, one of Germany’s conservative lawmakers, who views the motion as a signal. the European Commission, he explains, is responsible for leveling the playing field for businesses across the 28-country European Union. As such, they should prevent monopolies in each and every market, he said.

“Monopolies in whatever market have never been useful, neither for consumers nor for the companies,”

This is not Google’s first issue with EU regulators. It grappled privacy issues in 2010, when it received requests demanding that search results be scrubbed so as to conform to copyright and tax concerns as well as court rulings.

Following the motion, European Competition Commissioner, Margrethe Vestager must review the case before deciding on future proceedings. The commissioner has a difficult task ahead of her, especially since three previous settlement attempts concerning the unfair demotions of rival services were rejected by her predecessor.

On the other hand, Guenther Oettinger, EU Digital Economy Commissioner, believes that attempts to break up Google will remain unsuccessful. He told reporters that the EU was not about to tear digital multinationals apart. According to him, the vote raised the issue of the correct and consistent implementation of European legislation meant to protect the interests of both consumers and businesses.

Critics explain that there are specific business traditions in Europe which make the environment conservative as opposed to the US. As such, American companies have a difficult time when moving towards European markets.