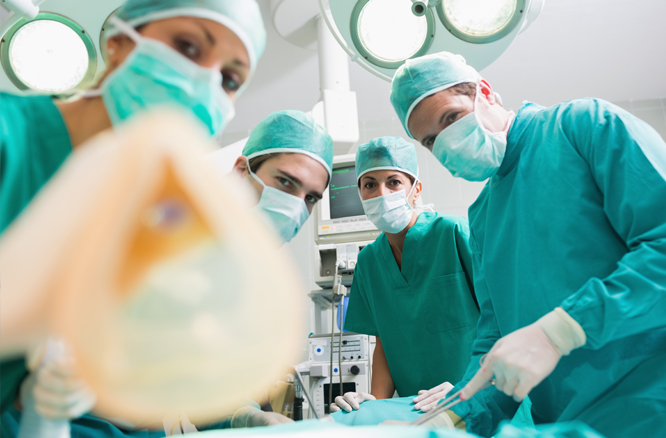 Anesthetic awareness has stopped being considered a myth for a long time now. Doctors and scientists alike are aware that waking up during surgery is a phenomenon that can take place in particular cases. However, recent studies have drawn attention on a side-effect that can occur in patients who experience anesthetic awareness.

The study has been conducted on a number of 3 million patients who were put under general anesthesia; 0.65% of the surveyed patients reported a state of awareness of their surroundings or even waking up during surgery. The reason behind this varies and depends on a series of factors, but most scenarios involved either lighter anesthesia formulas or have had paralytics as part of their anesthetic. Concerns have been raised after scientists began studying the long term psychological effects of anesthetic awareness victims. Despite the fact that most cases described by patients do not involve feeling pain or episodes longer than 5 minutes, more than half of the people who had an anesthetic awareness episode have reported long-term depression or post-traumatic stress disorder.

The main reason behind these psychological side-effects is the paralysis that the patients experience during the surgery. This is an effect of the anesthetic drug sending your body into a relaxed, painless state; thus the muscles relax and the paralytic kicks in in order to prevent the patient from moving and endanger the practice. Anesthetic awareness happens when the drug does not manage to render the patient completely unconscious, or the effect wears off faster than it should, allowing the subject to wake up but remain completely paralyzed. Subjects surveyed described experiencing either the feeling of being trapped in your body or being completely separated from it.

Most patients who experienced consciousness during surgeries have shown lingering mental repercussions, considering the episode a near-death experience. The memory of the surgery remains very vivid, the patient being able to recall the sensation of being operated on but being unable to react in any way, the experience repeating itself later on in nightmares, flashbacks and anxiety attacks that could persist for years.

Doctors have also discovered that these effects were much less poignant in cases where the patient was informed beforehand of the potential danger of waking up during surgery. Considering the worst part of the experience is the inability of the patient to let the doctors know he or she is aware of their surroundings, efforts are being focused on finding a way allow said patients to react if they become conscious, without endangering the practice itself in the process.