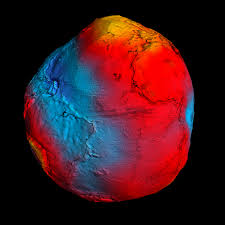 An extremely detailed map of ocean currents on the Blue Planet has been created through the collaborative effort of the Gravity Field and the Steady-State Ocean Circulation Explorer observatory.

The orbiting observatory is under the European Space Station’s management, the agency which also developed the best and most accurate maps showing gravitational fields on our planet.

The satellite experienced a fiery descent in 2013, when it re-entered Earth’s atmosphere and burned up after almost five exciting years in orbit. Despite its demise, the GOCE did manage to gather enough data to allow scientists to create the map-of-all maps where global ocean currents are concerned.

On Thursday, a United Nations conference took place in Paris and scientists took the opportunity to present the extremely precise measurements that the satellite made. They created a simulation of our planet’s oceans at rest so that the effects of gravity on ocean currents could be observed.

Without such a detailed analysis, a correct gravity-current relationship would have been extremely difficult to chart, especially since winds cause current deviations from gravity-established patterns.

Such mapping performed by GOCE also allows scientists to understand the density of features located underneath the surface of oceans: geological compositions of various regions can be assessed in such a way.

Over 800 million observations were necessary to produce the new, gravitational map of the Blue Planet. Scientists merged all these images together to correctly create the map. When the data was completely compiled, scientists obtained what is called a geoid chart, which is used for the measurement of land and water. Its accuracy was 0.4 inches.

“This resulted in a unique model of the ‘geoid’, which is the surface of equal gravitational potential defined by the gravity field – crucial for deriving accurate measurements of ocean circulation and sea-level change, both of which are affected by climate change,”

A geoid actually shows how oceans would be shaped if only gravity would act upon them. As such, scientists can assess the speeds with which ocean currents move, so that melting ice sheets and sea levels can be accurately monitored.

Moreover, the same data allows for scientists to develop the first-ever high-resolution map showing the boundary between the curst and mantle of Earth.