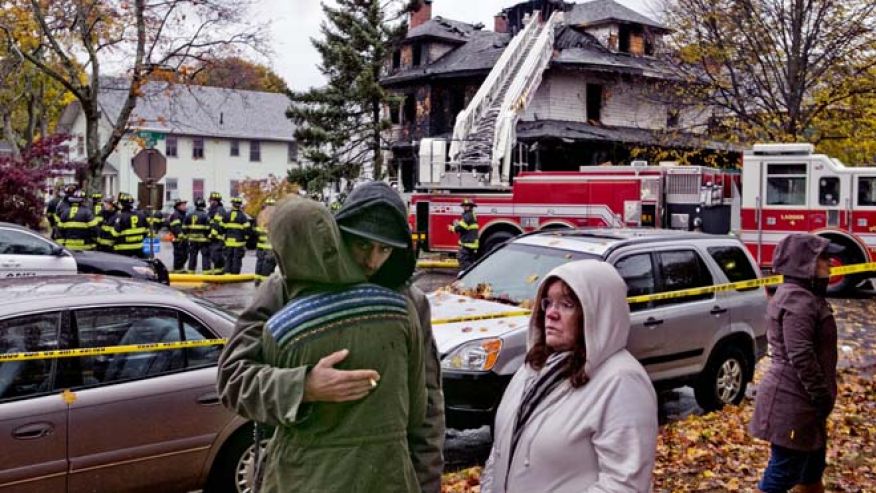 A fire took place near the University of Southern Maine’s commuter campus on Saturday morning. Authorities say that five bystanders were killed, and one was critically injured. Authorities have yet to say if the victims were students. The fire was reported at 7:17 AM, right after a major Halloween party took place a day before.

“We do not know whether the victims are residents of the home or guests.” – Steve McCausland, state fire marshal’s spokesman

At first, the spokesman said that the victims were students. He took back his statement later, and said that it is still unclear if the victims were actually students. Initial reports claim that several people were missing later that day, but authorities didn’t know the numbers. One of the victims suffered severe burns after jumping from a second-story window. He is currently in critical condition in Boston Hospital’s burnt unit.

A second victim was hospitalized, treated and released. Seven other witnesses escaped from the burning building. Two of the five bodies were found on the second floor. Three others were uncovered on the third floor. The building is also in horrible condition. From the outside it looks like a part of it has been severely damaged by flames.

Mike Krigman, a resident of the neighborhood also said that this is a dense, residential area composed of single and multi-family homes. “It’s just awful when you have that many people involved and hurt” he added.

Nathan Long’s alarm clock went off and he woke up to the smell of smoke. He declared that he didn’t hear any alarms going off. He simply yelled “Fire!” and ran to the back of the house. He met a person there. Both of them jumped onto the porch, then on the ground. Besides the friend with which he escaped, Nathan had no idea what his other friends did, and whether or not they escaped.

Damien Croxford, from South Portland, was also driving through the neighborhood when he saw the flames. According to his report, a badly wounded person was lying on the street. He called 911. Croxford also said that the heat of the flame was so strong that he had to back down from the scene.

‘It’s going to stay with me for a long time. A prayer for the families.” – Croxford

At the moment, victims, relatives and friends are trying to find out if their loved ones are hurt. The university has also set up a place where they can gather and exchange information.

“It’s a tragic situation. Our hearts and thoughts go out to the families of those injured in this tragedy.” – Chris Quint, University spokesman