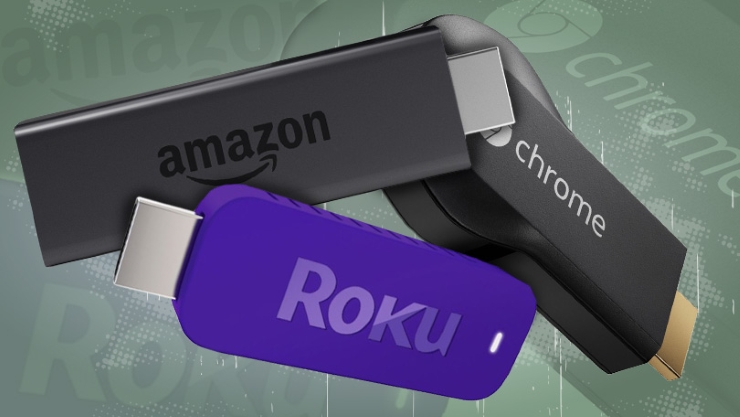 As wireless and web networking has become increasingly integrated with household devices (particularly TV’s), streaming sites have also grown in popularity. It’s therefore a logical consequence that large companies would want to begin to profit from services centered around internet television. Consequently, content streaming sticks emerged as the ideal solution for those wanting to ditch cable altogether and replace it with one of the many streaming options.

And what better time than the holiday season to consider purchasing one of the content streaming sticks that have experienced such success? Sticks such as Chromecast, Fire TV or Roku offer the same, basic service, so how does one know what to buy?

If you own an internet-ready television set, a next-generation gaming console or a Blu-ray player, you’re all set to use such a device. Your content streaming sticks simply plug into a HDMI port and connect to WiFi in order to stream. Viewing habits and personal preference is what sets the different types of sticks apart.

One thing that is quite different with each of the sticks is the interface: Chromecast, for instance, has the bonus of being completely controllable via phone or tablet. You can therefore play and pause, browse and enter login information via such devices, making Chromecast quite convenient.

The Fire TV stick and the Roku Streaming Stick use physical remotes to quickly and easily browse content. There is, however, a disadvantage with Amazon’s Fire TV Stick: the device is programmed to promote Instant Video, the company’s own streaming service even if there are other cheaper options available. As such, services such as Hulu or Netflix might not be immediately visible with the Fire TV stick, as it limits content searches to Amazon’s catalog.

Where content is concerned, all three content streaming sticks claim to offer the same amount of content: access to Netflix, Amazon Prime, ESPN, Hulu Plus and YouTube. Roku offers 1,800 channels, developers claim, although the average consumer won’t use the majority of them. Fire TV, on the other hand, does not offer HBO Go yet access.

The sticks don’t vary greatly in size and they all require you to turn on the particular device they run on when powering up.

All that remains is to look at the price: the most expensive of the three is the Roku stick, with $50, followed by Amazon’s Fire TV stick for $39 and the Chromecast for $35.