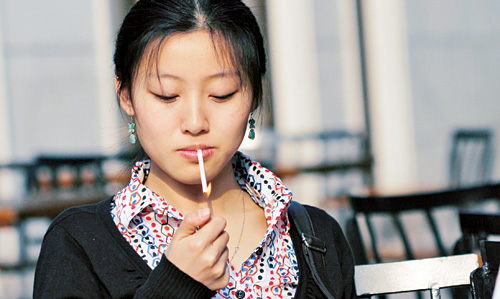 On Friday, China passed an anti-smoking bill with a majority vote by the Standing Committee of Beijing Municipal People’s Congress. The new law will come into effect on June 1, 2015. China plans to ban smoking in public spaces, both in-door and out-door.

Outdoor smoking ban has however some limitations – smoking will be illegal only in the vicinity of schools, kindergartens, maternity hospitals, sports facilities, and protected sites open to the public.

Teachers won’t be allowed to smoke in front of their students up to secondary school. Schools will also have to be involved in no-smoking campaigns and help youngsters quit smoking.

Selling cigarettes to minors (through websites or vending machines) will also be banned.

China generates 42% of world’s cigarette production, being its first cigarette consumer – with nearly 350 million smokers, and more than 700 million second-hand smokers. In Beijing, there are currently more than 400,000 smokers. However, the Chinese government reported $77 billion worth of taxes from the tobacco industry in 2009.

Experts say that the Chinese government should also raise tobacco taxes and overall retail price if they really want to see smoking decrease.

World Health Organization (WHO) said that a 10 percent increase in tobacco retail prices leads to 3.7 percent more adults that quit smoking, and 9.3 percent teenagers that choose to stop smoking.

Yang Gonghuan, leading representative of the Chinese Association on Tobacco Control, believes excises on tobacco should increase at least to 67 percent, and at most 80 percent of the current retail price. China’s cigarette tax rate is barely 43.4 percent, at a lower level than many of the world countries.

China passes smoke-free bill, but not anyone is content. Tobacco producers and retailers are desperately trying to attract more clients, including teenagers. An increase on tobacco taxes is expected to curb these efforts since adolescents are highly sensitive to high cigarette prices because they depend on their parents’ financial support.